Why Did Zeus Marry His Sister? – All in the Family 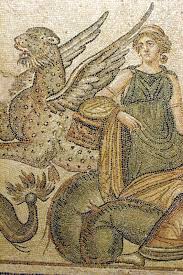 In Western culture, the God of Christianity and Judaism is often our default idea of what a god should be. Dedicated to justice, kindness, and righteousness, quick to wrath, and judgement.

Zeus is not the God of Christianity. In fact, Zeus and all of the Greek gods and goddesses are much more symbolic of the emotions, traits, and excesses of humanity than any ideal of perfection. Zeus, the son of the titans, is no exception.

The Origin of Zeus

Cronos, king of the Titans, knew that he was fated to fall to one of his own offspring. Therefore, he swallowed his children the moment they were born. This provided him with a way to absorb their strength and prevent them from maturing to fulfill their destiny. His wife, Rhea, rescued Zeus by substituting a stone swaddled in the infant’s clothing. She then took her son to the island of Crete, where he was nursed by a nymph and defended and kept hidden by young warriors known as Curetes.

Upon reaching adulthood, Zeus was joined by his brothers Poseidon and Hades, and together they overthrew their cannibalistic father. They then divided the World, each taking a portion. Zeus gained control of the skies, while Poseidon would rule the sea. That left the Underworld for Hades. Mt. Olympus would become a sort of neutral ground, where all the gods could come freely to meet and parley on common ground.

Who was Zeus Married To?

A better question might have been, what female did Zeus not either rape or seduce? He had a series of lovers and bore children with many of them. However, it was not until he met his sister Hera that he found a woman he could not readily have.

At first, he tried to court her, but Hera, likely aware of his many conquests and poor treatment of women, wasn’t having it. Was Zeus married to his sister? Yes, but it’s more complex than that. He couldn’t win her over, so Zeus did what he does best- he tricked Hera and then took advantage of the situation. He changed himself into a cuckoo. He deliberately made the bird appear bedraggled and pathetic to win Hera’s sympathy.

Fooled, Hera took the bird to her bosom to comfort it. Thus situated, Zeus resumed his male form and raped her.

Why is Zeus married to his sister?

To hide her shame, Hera agreed to marry him. It was a violent marriage at best. Though Zeus had pursued his sister and sought to possess her by marriage, he never gave up his lusty ways. He continued to seduce and rape women throughout his marriage to Hera. For her part, Hera was extremely jealous and sought out her husband’s victims and lovers, punishing them indiscriminately.

The wedding took place on Mt. Olympus. All of the gods attended, showering the couple with rich and unique gifts, many of which became fixtures in later myths. The honeymoon lasted 300 years, but it wasn’t enough to satisfy Zeus.

Who did Zeus marry?

His sister Hera was the first and only to whom he was married, but that didn’t stop him from fathering children with all and sundry, willing or not.

Hera, the goddess of marriage and childbirth, constantly fought with Zeus throughout their marriage. She was bitterly jealous of his many lovers and fought with him often and punishing those he pursued. She tried to prevent the Titaness Leto from having her twins, Apollo and Artemis. She sent a relentless gadfly to torment Io, a mortal woman Zeus turned into a cow in an attempt to hide her. The fly chased the unfortunate creature across two continents before Zeus returned to transform her back to a woman.

Demeter, a Story of a Mother’s Triumph

Although Hera was married to Zeus, his serial interest in women led him far from her bed. Demeter was another of Zeus’ sisters. There is no mythology to answer whether Demeter married Zeus, but the glory and splendor of his wedding to Hera seem to imply that it was the first marriage in Olympus.

Regardless of the legitimacy of their relationship, Zeus fathered a daughter with Demeter, Persephone. Demeter reportedly adored her daughter. As was his ordinary habit, Zeus was an absent father who showed no real interest in Persephone.

In the Greek culture of the time, it was common for daughters to be betrothed to men two and even three times their own age. The fathers and girls’ arrangements were handled exclusively. Girls as young as 16 were regularly whisked away from their homes and married off to much older men. Often the young bride’s new home was many miles from their family of origin, so it was not uncommon to lose contact with their families. Demeter was a symbol to Greek women and a champion who likely provided them with hope.

Zeus, Hades, and a Shady Deal 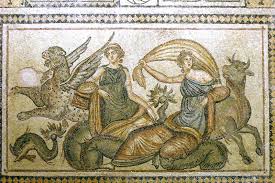 Hades, the god of the underworld and brother to Zeus, took a fancy to Persephone. With Zeus’ permission, he swept in while the maiden was picking flowers with her attendants in a field. The ground opened up, and Hades, riding a blazing chariot, swept in and violently kidnapped Persephone. Her shrieks alerted Demeter, but it was too late. Hades had escaped with his prize. He carried Persephone off to the underworld, where he held her captive.

For months, Demeter searched for any sign of her daughter. She pleaded with everyone she could to tell her what had happened to her daughter, but no one had the courage to tell her. She left her home in Olympus and made a place for herself among mortals. When she realized Persephone had been taken to the Underworld by Hades, she entered a stage of grieving and fury the world had never seen.

Demeter was the goddess of the seasons. When she learned of Persephone’s fate, she stopped. With no seasonal changes and no renewal, the earth soon became a barren wasteland. There was no rebirth, no dormancy of winter, no emerging life of spring. With Demeter’s refusal to continue, Zeus was left with a world that was dying before his very eyes.

The Curse of Persephone

Finally, Zeus was forced to relent and retrieve Persephone from the underworld, returning her to her mother’s Earthly home. Hades, obedient to Zeus, agreed to return the girl, but before she made good her escape, he persuaded her to swallow a single pomegranate seed. The seed bound her to him, and for a few months of every year, she would be forced to return to the underworld to serve as his wife. For the remainder of the year, she lived with her mother.

The curse Persephone lived under was a sort of compromise. She had her freedom and her mother’s company for most of the year, but she was forced to return to Hades to serve her husband for a few months. Like similar myths, Persephone’s plight seems to symbolize the woman’s menstrual cycle and the sacrifices they make to produce children. Women are forever bound to the cycle that produces life, both blessed by the ability to bear children and cursed by the effects the cycle has on the body.

While Zeus’ habit of seducing the willing and raping the unwilling is distasteful in today’s modern world, it served a purpose in the storytelling. Zeus personified the idea of lust and its relationship with both power and fertility. The many stories of his conquests and attacks highlight the use of sex to gain power. The offspring he produced populated the earth, but many of the children who were products of his crimes proved problematic, going against him in one way or another later on.

The evils of a patriarchal society were laid starkly bare by the writings of Sophocles, Homer and others of the period. Zeus’ behavior is not sugar-coated in the mythology that presents him as a fickle, temperamental, and dangerous deity. Even marriage to the beautiful Hera wasn’t enough to slake Zeus’ lust. Zeus’ marriage to Hera and his endless conquests and affairs highlights the relationship between sex and power in a patriarchal society.

The myths offered both a warning to those who would abuse power and a structure upon which the culture of the day was built. Like many ancient cultures, the one portrayed by Greek mythology is complex and faceted. Zeus’ crimes against the women in his life brought forth both great grief and consequences.