Why Did Achilles Not Want To Fight? Pride or Pique

Achilles was a great hero in Greek mythology, the son of the mortal king Peleus and the Nereid Thetis. The Myrmidons, the people of his father well known to be fierce and fearless warriors. 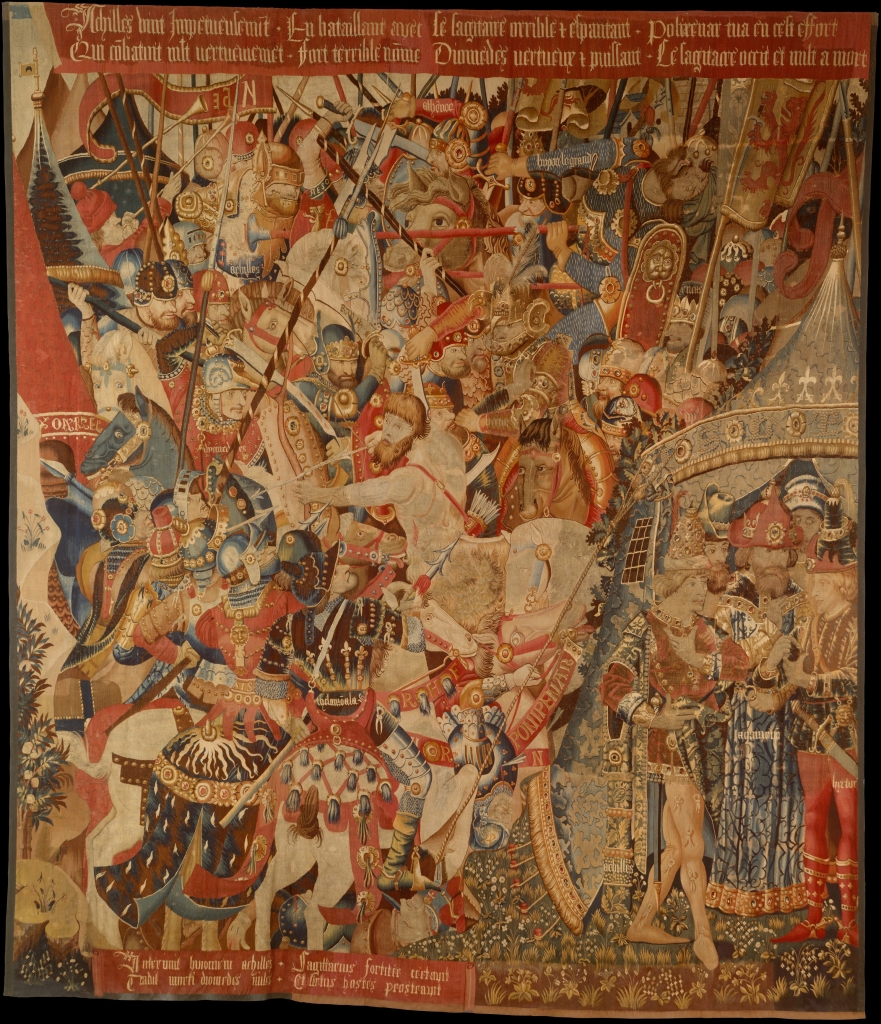 Thetis is one of the sea-nymphs who are a part of Poseidon’s entourage. With such powerful parents, Achilles was bound to become a warrior, but his mother wanted more for her beautiful son. She burned him nightly over a fire as an infant, treating his burns with an ointment containing ambrosia to infuse his skin with the protection of the herb.

Later she dipped him in the River Styx to grant him immortality. She held him tightly by one heel, preventing that one small spot from being exposed to the water. Since the water did not touch Achilles’ heel, that one point on his body is left vulnerable.

Why Did Achilles Fight in the Trojan War?

An oracle predicted that Achilles would die a hero in the Trojan war. In a last-ditch effort to protect her beloved son, Thetis disguised him as a girl and sent him to live on the island of Skyros. Odysseus, of Odyssey fame, came to the island and sussed out the disguise. He convinces Achilles to join the Greek army. Achilles, despite his mother’s best efforts, went to war to meet his destiny.

So if he went off to war to fight for the Greeks, why does Achilles refuse to fight when he reaches the front lines? He arrives with a beautiful set of armor made by the divine blacksmith Hephaestus. His mother had it specially crafted to protect him on the battlefield. She hopes that the armor will not only protect him but strike fear into his enemy’s hearts, driving them to flee before him, further protecting him. Unfortunately for Thetis and her plans, Achilles’ pride and a rift with his commander draw him into the war.

Agamemnon has been placed in charge of the ten-year effort to retrieve Helen, the Greek beauty. When Achilles was fighting under Agamemnon, slaves were taken in the Trojan territory as the Greeks moved across the land, sacking and looting along the way.

Why did Achilles refuse to fight?

He was angry because Agamemnon took his war-prize from him, his slave-bride Briseis.

A Tale of Two Concubines

In Book One of the Iliad, which is the answer to the question,  “in what book does Achilles refuse to fight?” Agamemnon has also taken a slave. In the assault on Lyrnessus, several high-ranking soldiers took slaves from the women of the defeated city. Chryseis, the woman taken by Agamemnon, was the daughter of a high-ranking priest. Her father, an attendant in Apollo’s temple, negotiated her return, stripping Agamemnon of his prize. Agamemnon, in a temper, demands Briseis as compensation. Achilles, stripped of his prize, retreats to his tent in a temper, refusing to re-enter the war.

Agamemnon foolishly refuses to relent, keeping Briseis his own prize though he later assures Achilles he did not attempt to sleep with her. The quarrel the two men enter over the woman is an aside but reflects the larger war over the beautiful Helen, kidnapped by the Trojans. Whether it is love or simply Achilles’ pride that causes him to refuse to fight is difficult to determine. He declares his love for the woman, but Patroclus’s death drives him to rejoin the war.

The Pride of Patroclus While Achilles would not fight to defend his men, one man refused to accept his withdrawal from the war. His friend and confidant, Patroclus, came to Achilles weeping. When Achilles mocked him for his tears, he responded that he cried for the Greek soldiers who were dying needlessly. He begged Achilles the loan of his distinctive armor. Patroclus planned to trick the Trojans into believing Achilles had returned to the field to buy the Greeks some space.

Who did Achilles fight for? Not for his men, nor for his leader who had disrespected him. It is not until Patroclus’ plan backfires and he is killed on the battlefield by Hector that Achilles rejoins the fighting. Agamemnon finally relents, returning Briseis, and Achilles approaches his mother to ask for a second set of armor so that the Trojans will know him when he steps onto the field. Wearing a new set of distinctive armor, Achilles goes on a killing spree that angers a local river god. The bodies of the Trojan soldiers begin to clog the river. In the end, Achilles fights the river god as well. He defeats the minor deity and goes back to slaughtering the Trojans.

When Achilles takes the field, the fighting becomes fierce. The Trojans, realizing the danger, retreat into their City, but Achilles pursues those foolish enough to try to stand, slaughtering Trojan soldiers along the way. Hector, recognizing his fury is directed primarily at him over the death of Patroclus, remains outside the city to face him. Hector and Achilles fight, but Hector, in the end, is no match for Achilles. He falls to the warrior. Such is the anger of the one who has lost a friend. After Hector and Achilles fought, he desecrates the body, dragging it behind his chariot around the camp. He refuses to allow Hector to be buried.

It is not until Priam, Hector’s father, hears of Hector and Achilles’ fight and comes to Achilles secretly in the night that he relents. Priam appeals to Achilles as a father to beg the warrior to release his son for burial. Finally, Achilles relents and Hector is buried within the walls of Troy. The Greeks retreat to allow the Trojans time to bury Hector and perform their funeral rites properly. At the same time, Achilles lays his beloved Patroclus to rest. The war is temporarily suspended while both sides mourn their dead. The war, however, has not ended. Hector and Achilles’ fight in the Iliad was the beginning of what proved to be Achilles’ downfall.

Although his friend Patroclus was killed when Achilles refuses to fight, he blames the Trojans for his friend’s death rather than his own refusal to take the field. Though Achilles is temporarily satisfied by the death of Hector, he returns to fighting after the Trojans have been allowed to bury Hector’s body, determined to take his final vengeance against the Trojans.

Since Briseis has been returned, he has no further quarrel with Agamemnon. Achilles rejoins the battle, slaughtering Trojan soldiers to gain the victory.

The Illiad concludes with the burial of Hector. Still, readers learn later in the Odyssey that he goes on to fight until another Trojan hero, Paris, fires a fatal arrow, striking Achilles on the heel– the only part not touched by the waters of the River Styx. Achilles dies a Greek hero on the field of battle, just as was predicted by the Seer.

Although all his mother has done to protect him, the will of the gods can not be changed, and he fulfills his fate, dying as a hero on the field of battle.