What is an Example of an Epic Simile: Definition and Four Examples 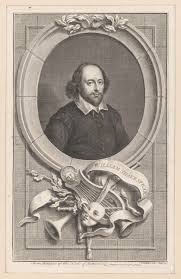 A simile is a figure of speech in which one thing is likened to another in such a way as to clarify and enhance an image. It is an explicit comparison, easily recognizable by using the words “like” or “as,” unlike the metaphor, where the said comparison is more implicit. William Shakespeare is one of many authors who have employed simile to great effects, like in Sonnet 130, which starts with an obvious simile; “My mistress’ eyes are nothing like the sun.”

The epic simile is also a figure of speech that denotes comparison, although one that usually runs for several lines. It is also sometimes referred to as the Homeric simile, since Homer, the author of The Iliad and The Odyssey, often employed the literary tool in his epic poems. The similes that Homer writes are detailed and complex and are often seen as a poem within the original poem. Many of Homer’s epic similes and the authors influenced by him make comparisons with natural elements, like animals, plants or stars.

Often described as the most prestigious form of a simile, the epic (or Homeric) simile features lengthy comparisons between two highly complex subjects. These subjects can be people, objects or actions. The epic simile definition and concept are closely related to the literary terms catalogue verse and blazon. The term blazon is defined as a simile involving the female body, while the catalogue verse is a term used to describe a list of people, things, places or ideas in a poem.

Besides being heavily employed by Homer in his two epic poems, The Iliad and The Odyssey, the epic simile can be seen in numerous other poems of equal epic proportion. We can see the Homeric simile, for example, in Virgil’s Aeneid, an epic poem dated around 20 B.C. Written in Latin, Aeneid tells Aeneas, a Trojan who travels to Italy and becomes a founder of the Romans. As a character, Aeneas had already previously appeared in other texts, including Homer’s The Iliad.

Another great example of the epic simile is in John Milton’s Paradise Lost. Written over a thousand years after Homer and in a language very distant from Homer’s Greek or Virgil’s Latin Paradise Lost was published in 1667 and tells Adam and Eve’s temptation by the fallen angel Satan.

Below we will highlight some examples of epic similes found in all four of the texts mentioned above; The Iliad, The Odyssey, Aeneid, and Paradise Lost.

Example of epic simile in Homer’s The Iliad 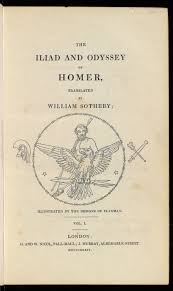 There are several examples of epic simile in Homer’s Iliad, so the example below is a mere demonstration of the Greek poet’s poetic prowess. To put it briefly, the Iliad deals with the Trojan War from the point of view of the greatest warrior in all of Greek mythology, Achilles. In this excerpt, Homer writes that the Greeks, gathering around in council, resemble bees. The following is taken from the Lattimore translation of Homer. In it, we can see how the epic simile is deeper and richer in comparison to a regular simile we would find in Shakespeare, for instance.

“Like the swarms of clustering bees that issue forever

in fresh bursts from the hollow in the stone, and hang like

bunched grapes as they hover beneath the flowers in springtime

fluttering in swarms together this way and that way,

along the front of the deep sea marched in order

by companies to the assembly […]”

Example of epic simile in Homer’s The Odyssey

The Odyssey, the other great epic poem by Homer, deals with Odysseus’s quest to return home to his kingdom after fighting in the Trojan War. It also, much like his companion poem, features an array of different epic similes. The following excerpt deals with Scylla, a monster who had the habit of eating her victims. Here is a passage comparing how the sea pulls Odysseus out of the rocks with the act of a fisherman catching an octopus and ripping it from its environment. The translation is by Fitzgerald.

“During his meditation, a heavy surge was taking him, in fact, straight on the rocks. He [would have] been flayed there, and his bones broken, had not grey-eyed Athena instructed him: he gripped a rock-ledge with both hands in passing and held on, groaning as the surge went by, to keep clear of its breaking. Then the backwash hit him, ripping him under and far out. An octopus, when you drag one from his chamber, comes up with suckers full of tiny stones: Odysseus left the skin of his great hands torn on the rock-ledge as the wave submerged him. And now at last Odysseus would have perished, battered inhumanly, but he had the gift of self-possession from grey-eyed Athena.”

Homer deeply influences Virgil’s Aeneid. It follows the story of Aeneas as he travels to Italy and discovers its beauty and novelty. It is also a formation tale for the beginnings of the Roman empire. The simile below also uses bees, although this time to illustrate how Aeneas saw the great city of Carthage and its orderly fashion. This is taken from the Ruden translation of Virgil:

Busy beneath the sun, leading their offspring,

Full grown now, from the hive, or loading cells

Until they swell with honey and sweet nectar,

Or taking shipments in, or lining up

To guard the fodder from the lazy drones; 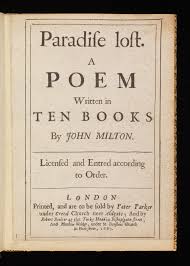 Paradise Lost is an epic English poem that tells Satan’s story, his fall from heaven and his temptation of Adam and Eve. It is interesting to look at how an epic simile is constructed in English (as opposed to an English translation, like the ones above). The following verses compare Lucifer’s army with autumn leaves. We can see the Homeric influence in the way Milton constructs his epic simile.

Thick as autumnal leaves that strow the brooks

In Vallombrosa, where th’ Etrurian shades

Busiris and his Memphian chivalry,

While with perfidious hatred they pursu’d

The sojourners of Goshen, who beheld

From the safe shore their floating carkases

And broken chariot-wheels: so thick bestrown,

Abject and lost, lay these, covering the flood,

Under amazement of their hideous change.”