Sappho 31 – Interpretation of Her Most Famous Fragment 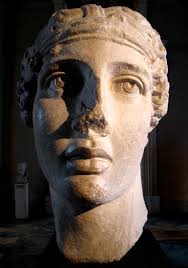 Sappho 31 is an ancient Greek lyrical poem written by a Greek female poet, Sappho of Lesbos. Not only is it one of the most significant pieces of her work to survive, but it is also one of her most famous.

Most translators and literary scholars see the poem as an ode to the anxiety of attraction and a confession of love from a woman to another woman. In addition to that, Fragment 31 is notable in terms of how it has influenced modern, lyrical poetry concepts.

The poem was written in the Aeolic dialect, a dialect spoken in Sappho’s home island of Lesbos.

“That man seems to me to be equal to the gods

Who is sitting opposite you

And hears you nearby

And laughing delightfully, which indeed

Makes my heart flutter in my breast;

For when I look at you even for a short time,

It is no longer possible for me to speak

But it is as if my tongue is broken

And immediately a subtle fire has run over my skin,

I cannot see anything with my eyes,

And my ears are buzzing

A cold sweat comes over me, trembling

Seizes me all over, I am paler

Than grass, and I seem nearly

But everything must be dared/endured, since (even a poor man)…”

The poem has been debated much by scholars, most of which centralizes the feeling of a woman to another woman (we will see much more in the poem’s defragment below).

Some scholars suggested that the poem is a wedding song, indicated by mentioning a man and woman standing or near one another. However, some dismissed the impression of it being a wedding song as there is no significant indication that Sappho was writing about a marriage.

Others suggested that men’s and women’s relationship is like a sibling relationship between a brother and a sister. From the observation, the two characters have a similar social status. 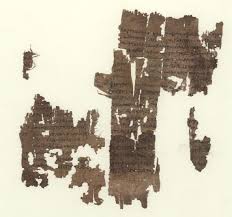 In the first stanza (line 1 – 4) of the poem, Sappho introduces us to her three characters: a man, a woman, and the speaker. The speaker is clearly impressed with the man; we can see that in the first verse where the speaker proclaims the man “…to be equal to the gods…”.

However, it must be noted that the man is only mentioned once by the speaker. This is an indication that the man, while impressive, is actually of no interest to the speaker.

The god-like description ascribed to the man by the speaker is simply a tool used by the speaker to intensify their actual admiration for the real object of the poem; the person sitting opposite him and talking to him. This person is addressed as “you” by the speaker throughout the duration of the poem.

Who is this second person opposite the man? We can infer by the rest of the poem and the speaker’s description of this character that the person whom the man is sitting across from and speaking to is a woman.

Within the first stanza, Sappho also lays out the setting between all of the characters; the man, the woman and the speaker. Although there is no specific mention of the location, readers can imagine the space the characters are in and how the action of the poem is taking place.

Through the speaker’s description of the man and woman from afar, Sappho indicates that the speaker is watching the woman from a distance. This distance constitutes that central tension within the poem.

The speaker indicates that the man is listening closely to the woman, who tells the reader that this proximity between those two characters is physical and romantic intimacy, metaphorically.

This brings the readers to the second stanza (line 5 – 8), which shows the speaker’s intense emotion towards the woman and the emotional agony of having the distance between them.

In this stanza, “you” (the woman) is further described, and ultimately the relationship between the two characters, the speaker and the woman, is revealed.

First, Sappho uses sonic imagery, for example, “sweet speaking” and “lovely laughing.” These descriptions of the woman indicate the sound the readers should hear throughout the poem as they read it but are also used to reveal the speaker’s fond feelings about the woman.

Within this stanza, we can also see the speaker is opening up about themselves and their feelings towards the women. This is where the readers can identify the gender of the speaker through the verse “…makes my heart flutter in my breast…”. This verse acts as a climactic moment where the reader suddenly becomes aware of the speaker’s feelings. This moment is the result of the tension built up due to the speaker’s distance from the woman and the continued admiration in previous verses.

Throughout this stanza, the focus has shifted away from the woman’s objective reality speaking to the man and instead towards the speaker’s subjective experience of love. She understands her feelings toward the woman, and the phrase “…even for a short time…” indicates to the reader that this is not the first time that she has seen the woman. The reader seems to have experienced this kind of speechlessness, caused simply by the sight of her beloved, before.

We can see how the speaker’s passion is intensifying through these phrases:

Sappho uses the senses to describe how the speaker is getting increasingly overwhelmed by her feelings of love, so much so that her body is systematically failing, starting from her sense of touch to sight and, lastly, to her hearing.

This stanza lists a series of physical experiences of the speaker, and it is written in a disjointed manner, whereby readers can see how each part of the speaker’s body is breaking apart. This stanza is the most dramatic part of the poem and is the ultimate escalation after the build-up of unfulfilled passion from the earlier two stanzas.

The phrase “…my tongue is broken…” is used to describe the speaker’s start of physical deterioration. Sappho uses the tongue as a subject to bring the readers to the rest of the stanza. The deterioration moves from the tongue to the skin, eyes, and finally the ears. As stated by the speaker, each part is failing to function.

The intense physical feelings of the speaker’s loss of senses in this stanza functions as a way for us to see the speaker’s isolation from the world. She is completely detached from the reality of what is happening around her in the outside world. She is experiencing a form of dissociation or detachment from her own body and self as if she were dying.

This is to show to us, the readers, the loneliness and isolation the speaker is experiencing has resulted from her unexpressed love. Moreover, it brings us back to the distance that the speaker experienced within the first stanza. This distance is now being reflected in her relationship with everything in the world, including herself.

In these final lines, we are brought back to the speaker as she returns to her body after experiencing an intense moment of dissociation from her beloved (the woman), the world, as well as herself.

Sweating from stress and shaking, the speaker describes herself metaphorically as “paler than grass” and “seem nearly to have died.” She experienced such extreme and intense emotions that she now feels almost dead.

The last line of this stanza, according to scholars, is thought to be the beginning of a new and final stanza, which has unfortunately been lost. That means that Sappho did not intend the poem to stop on this line. Rather, she intended to write a stanza where the speaker will reconcile herself to the situation at hand.

Sadly, the last three lines of the poem are lost to time. Although the poem is left on a cliffhanger, scholars noted that the speaker seems to turn away from her ecstatic despair and instead may turn to express herself outwardly and commit to risk embarking upon the world. There are three main themes within this poem, and they are jealousy, ecstasy, and disassociation.

As one of her most frequently adapted and translated poems and a favorite subject for scholarly commentary, it is commonly agreed upon that Fragment 31 is one of Sappho’s most famous works.

The poem has had a huge influence on other poets, whereby they adapted it into their own works. For example, Catullus, a Roman poet, adapted it into his 51st poem, where he incorporated his muse Lesbia into the role of Sappho’s beloved.

Other adaptations that can be found would be in the works of one of the ancient authors named Theocritus, in which he incorporated it into his second Idyll. The same goes with Apollonius of Rhodes, where he adapted the poem into his description of the first meeting between Jason and Medea in the Argonautica.

As described by Sappho, the physical response of desire, which is the center of attention in the poem, is particularly celebrated by scholars and fans of her works. The poem has been quoted in other works, such as in Longinus’ treatise On The Sublime, in which it was quoted for its intensity of emotion. Plato, the Greek philosopher, also mentioned the physical symptoms of desire portrayed in the poem in Socrates’s speeches on love.