Seneca the Younger was a Roman philosopher, statesman and dramatist of the Silver Age of Latin literature. Although generally considered inferior to their corresponding Greek dramas, his tragedies (essentially the only surviving specimens of Latin tragic drama) had a profound influence on the development of the tragic form in later times, particularly in the age of Racine and Shakespeare. 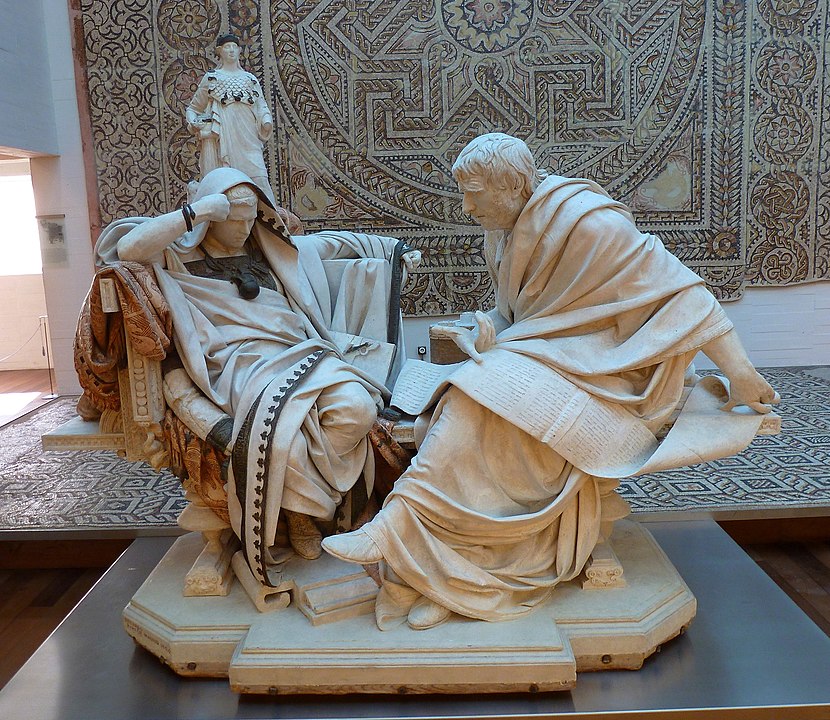 Lucius Annaeus Seneca (often known simply as Seneca, or as Seneca the Younger to distinguish him from his father, who was also called Lucius Annaeus Seneca) was born in about 4 BCE in Corduba in Hispania (modern-day Córdoba, Spain). As a small boy, he moved to Rome, where he was trained in rhetoric and Stoic and neo-Pythagorean philosophy. His constitution was delicate and his health poor, and he was nursed for some years by his aunt, who also helped him in his campaign for his first magistracy in 31 CE.

When the unstable Caligula became emperor in 38 CE, there was a severe conflict of some kind between him and Seneca, possibly occasioned by jealousy of Seneca’s remarkable gift for oratory, and Seneca narrowly avoided execution. He had more problems with the Emperor Claudius, who succeeded Caligula in 41 CE and, at the behest of Claudius’ wife Messalina, Seneca was banished to the island of Corsica on a trumped up charge of adultery. Claudius’ second wife, Agrippina, however, had Seneca recalled to Rome in 49 CE to tutor her son, Nero, then 12 years old.

On Claudius’ death in 54 CE, Nero became emperor, and Seneca (together with the praetorian prefect Sextus Afranius Burrus) acted as Nero’s advisor from 54 to 62 CE, exerting a calming influence over the headstrong young emperor, at the same time as amassing great wealth. Over time, however, Seneca and Burrus lost their influence over Nero and, after Burrus’ death in 62 CE, Seneca retired and devoted his time to study and writing.

In 65 CE, Seneca was caught up in the aftermath of the conspiracy of Gaius Calpurnius Piso to kill Nero (as was Seneca’s nephew, Lucan) and, although it is unlikely that he was actually involved in the plot, he was ordered by Nero to kill himself. Following tradition, he severed several veins in order to bleed to death, although even immersion in a warm bath and additional poison did nothing to hasten a long and painful death. His wife, Pompeia Paulina, tried to commit suicide with him but was prevented. 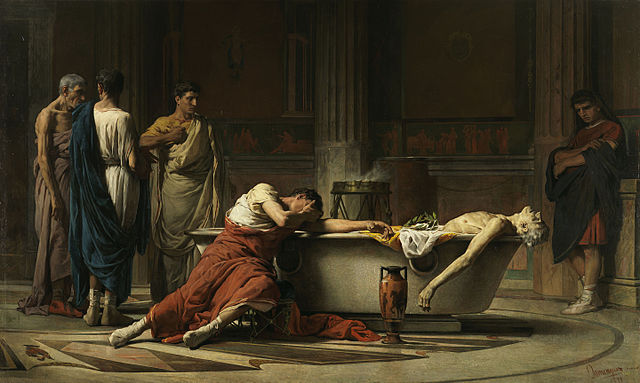 Seneca’s tendency to engage in illicit affairs with married women despite his long-time marriage, and his rather un-Stoic proclivity for hypocrisy and flattery, have sullied his reputation somewhat, but he remains one of the few popular Roman philosophers from the period and, even if his work was not particularly original, he was important in making the Greek philosophers presentable and intelligible.

In addition to his philosophical essays and over a hundred letters dealing with moral issues, Seneca’s works include eight tragedies, “Troades” (“The Trojan Women”), “Oedipus”, “Medea”, “Hercules Furens” (“The Mad Hercules”), “Phoenissae” (“The Phoenician Women”), “Phaedra”, “Agamemnon” and “Thyestes”, as well as a satire called “Apocolocyntosis” (usually translated as “The Pumpkinification of Claudius”). Two other plays, “Hercules Oetaeus” (“Hercules on Oeta”) and “Octavia”, closely resemble Seneca’s plays in style, but were probably written by a follower.

“Oedipus” is adapted from Sophocles’ original, “Agamemnon” is adapted from Aeschylus, and most of the others are adapted from the plays of Euripides. “Thyestes”, however, one of the few of Seneca’s plays not obviously following a Greek original, is often considered his masterpiece. Despite his appropriation of ancient Greek classics, Seneca never allowed himself to be bound by the original texts, freely discarding and rearranging scenes, and using only the material that he found useful. The poetical influence of Vergil and Ovid is apparent as well as that of the old Greek models. 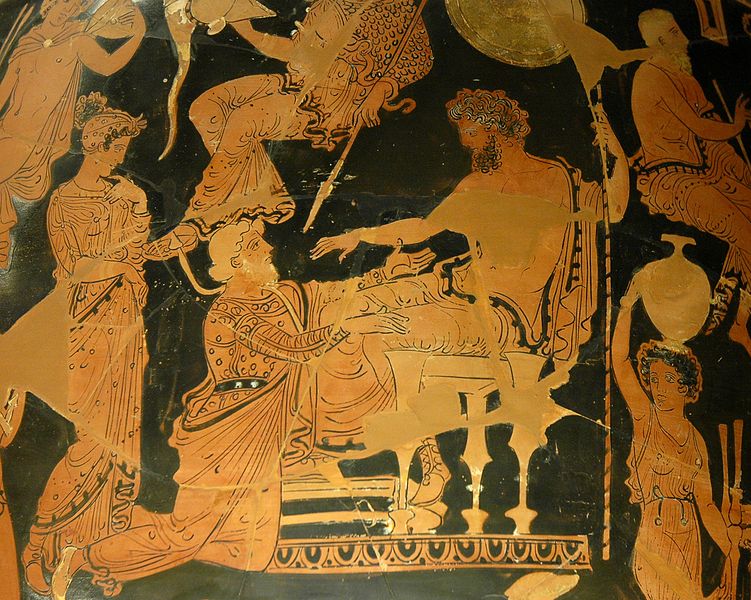 His dramatic works generally employ a pointedly (some would say excessively) rhetorical style, and usually contain the traditional themes of Stoic philosophy. It is unclear whether Seneca’s tragedies (shorter than the old Attic dramas, but split into five acts not three, and often displaying a distinct lack of concern for the physical requirements of the stage) were written for performance or for private recitation only. The popular plays of his day were generally coarse and indecent, and there was really no public stage open to tragedies, which would anyway have had little chance of success or popularity.

Seneca is well known for his scenes of violence and horror (deliberately avoided in the ancient Greek tradition), such as where Jocasta rips open her womb in “Oedipus” or where the bodies of children are served at a banquet in “Thyestes”. His fascination with magic, death and the supernatural would be imitated, many centuries later, by many Elizabethan playwrights. Another of Seneca’s innovations is his use of soliloquies and asides, which would also prove integral to the evolution of Renaissance drama.