“Amores” (“Loves” or “Amours”) is a collection of 49 elegies by the Roman lyric poet Ovid. It was his first completed book of poetry, published in five volumes (later reduced to three) in 16 BCE or earlier. The poems, some of them quite graphic, portray the evolution of an affair with a married woman named Corinna.

There are too many poems to treat in any detail, but the general subjects of the poems making up the three books of the “Amores” are as follows: 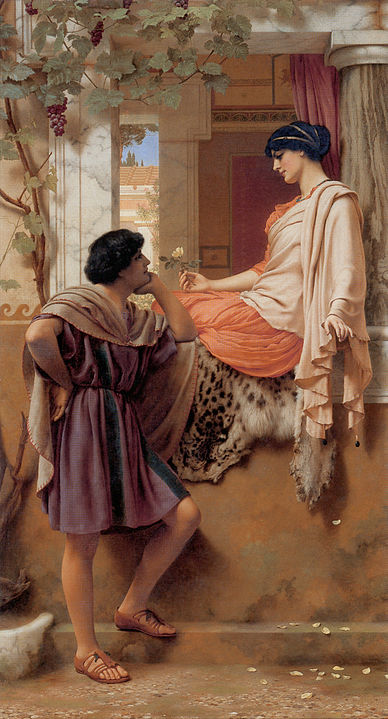 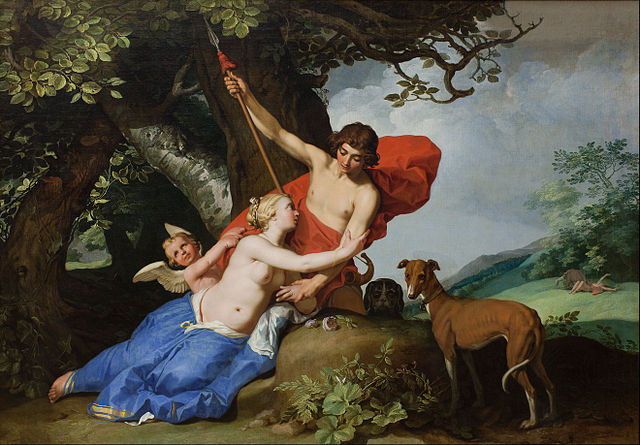 Originally, the “Amores” was a five-book collection of love poetry, first published in 16 BCE. Ovid later revised this layout, reducing it to the surviving, extant collection of three books, including some additional poems written as late as 1 CE. Book 1 contains 15 elegiac love poems about various aspects of love and erotiocism, Book 2 contains 19 elegies and Book 3 a further 15. 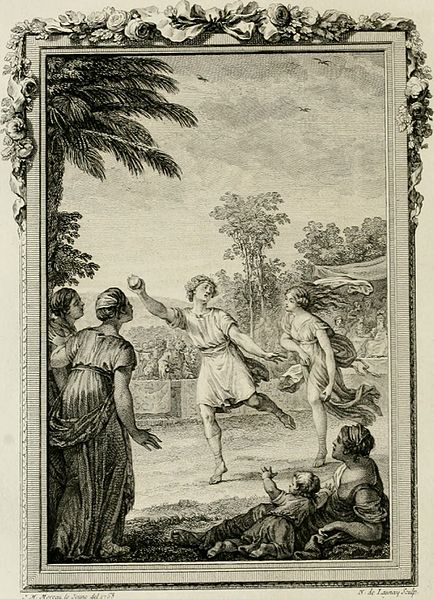 Most of the “Amores” are distinctly tongue-in-cheek, and, while Ovid largely adheres to standard elegiac themes as previously treated by the likes of the poets Tibullus and Propertius (such as the “exclusus amator” or locked-out lover, for example), he often approaches them in a subversive and humorous way, with common motifs and devices being exaggerated to the point of absurdity. He also portrays himself as romantically capable, rather than emotionally struck down by love like Propertius, whose poetry often portrays the lover as under the foot of his love. Ovid also takes some risks such as openly writing about adultery, which was rendered illegal by Augustus’ marriage law reforms of 18 BCE.

Some have even suggested that the “Amores” could be considered a kind of mock epic. The very first poem in the collection begins with the word “arma” (“arms”), as does Vergil’s “Aeneid”, an intentional comparison to the epic genre, which Ovid later mocks. He goes on to describes in this first poem his original intention to write an epic poem in dactylic hexameter about a suitable subject such as war, but Cupid stole one (metrical) foot turning his lines into elegiac couplets, the metre of love poetry. He returns to the theme of war several times throughout the “Amores”.

The “Amores”, then, are written in elegiac distich, or elegiac couplets, a poetic form frequently used in Roman love poetry, consisting of alternating lines of dactylic hexameter and dactylic pentameter: two dactyls followed by a long syllable, a caesura, then two more dactyls followed by a long syllable. Some critics have noted that the collection of poems develops as a sort of “novel”, breaking style only a few times, most famously with the elegy on Tibellus’ death in Elegy IX of Book 3.

Like many other poets before him, Ovid’s poems in the “Amores” often centre on a romantic affair between the poet and his “girl”, in his case named Corinna. This Corinna is unlikely to have really lived, (especially as her character seems to change with great regularity), but is merely Ovid‘s poetical creation, a generalized motif of Roman mistresses, loosely based on a Greek poet of the same name (the name Corinna may also have been a typically Ovidian pun on the Greek word for maiden, “kore”).

It has been conjectured that the “Amores” were part of the reason why Ovid was later banished from Rome, as some readers perhaps did not appreciate or understand their tongue-in-cheek nature. However, his banishment was likely to have been more to do with his later “Ars Amatoria”, which offended the Emperor Augustus, or possibly due to his rumoured connection with Augustus’ niece, Julia, who was also exiled at around the same time.