Ovid was a prolific Roman poet, straddling the Golden and Silver Ages of Latin literature, who wrote about love, seduction and mythological transformation. He is considered a master of the elegiac couplet, and is traditionally ranked alongside Vergil and Horace as one of the three canonic poets of Latin literature.

His poetry, especially the epic poem “Metamorphoses”, was much imitated during Late Antiquity and the Middle Ages, and is considered to have decisively influenced European art and literature, including Chaucer, Dante, Shakespeare and Milton. 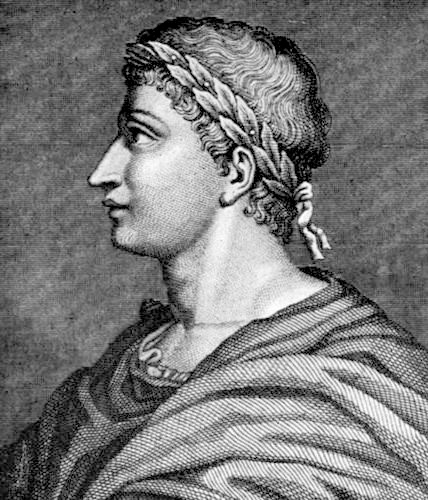 Publius Ovidius Naso was born in 43 BCE in the town of Sulmo (modern-day Sulmona) in the Apennines to the east of Rome. He came from a well-to-do equestrian family, and he and his brother were educated in Rome, with the intention of their pursuing careers in public life.

After the death of his brother, though, Ovid renounced the study of law and politics and began a period of travel in Athens, Asia Minor and Sicily. He held some minor public posts, but eventually resigned even these in order to pursue poetry in earnest. He attracted the patronage of the Roman general and important patron of the arts, Marcus Valerius Messalla Corvinus, and became a friend of Horace. He was described by Seneca the Elder as emotional and impulsive by nature. He married three times (and divorced twice) by the time he was thirty years old, with just one marriage yielding a daughter.

By about 8 CE, Ovid had already published his major works: the early, somewhat irreverent (not to say lewd) “Amores” and “Ars Amatoria”, the collection of epistolary poems known as the “Heroides”, and his magnum opus, the epic poem “Metamorphoses”.

In 8 CE, however, the Emperor Augustus banished Ovid to the city of Tomis, on the Black Sea, in modern-day Romania, for unknown political reasons. The banishment was probably not, as is often assumed, due to his popular but rather lewd early poems, but may have been connected to his part in the lively social circle which had grown up around Augustus’ promiscuous daughter, Julia, who was also banished around that time (Ovid himself described the cause rather myteriously as “carmen et error”: “a poem and a mistake”).

While in exile, he wrote two multi-book collections of poetry, entitled “Tristia” and “Epistulae ex Ponto”, expressing his sadness and desolation and his longing to return to Rome and to his third wife. He was forced to abandon another ambitious work “Fasti”, his work on the days of the Roman calendar, probably due to lack of library resources. Even after Augustus’s death in 14 CE, the new emperor, Tiberius, still did not recall Ovid, and he eventually died at Tomis some ten years after his banishment in about 17 or 18 CE. 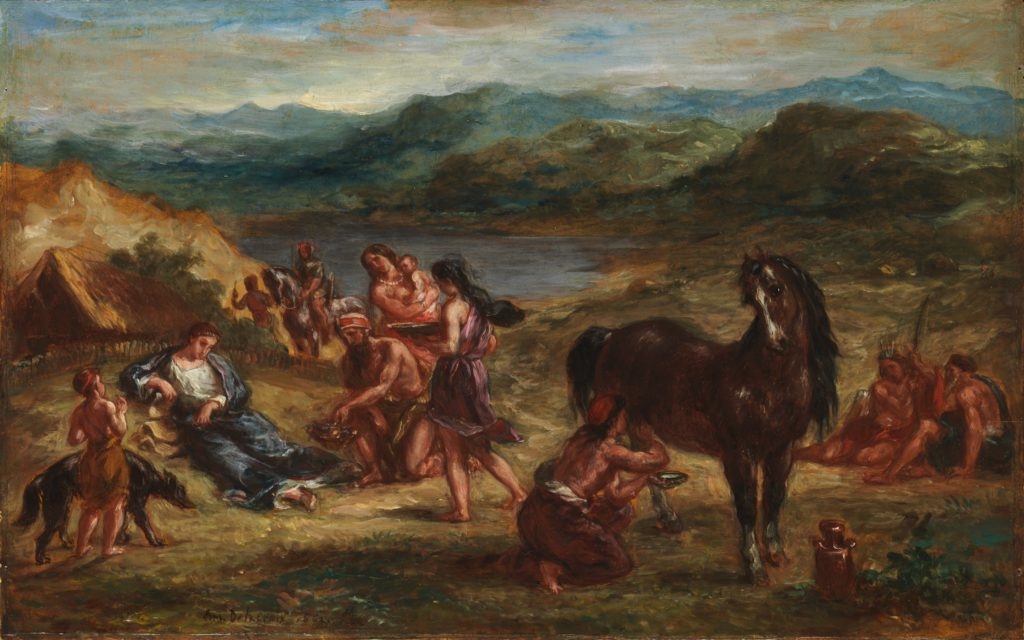 Ovid’s first major work was the “Amores”, originally published between 20 and 16 BCE as a five-book collection, although it was later reduced to three books. It is a collection of love poems written in the elegiac distich, generally adhering to standard elegiac themes about various aspects of love, such as the locked-out lover. However, the poems are often humorous, tongue-in-cheek and somewhat cynical, and at times talk about adultery, a brave move in the wake of Augustus’ marriage law reforms of 18 BCE.

The “Amores” were followed by the “Ars Amatoria (“The Art of Love”), published in three books between 1 BCE and 1 CE. It is, on some levels, a burlesque satire on didactic poetry, composed in elegiac couplets rather than the dactyllic hexameters more usually associated with the didactic poem. It purports to offer erotic advice on the art of seduction (the first two books aimed at men, the third giving similar advice to women). Some have assumed that the supposed licentiousness of the “Ars Amatoria” was responsible in part for Ovid’s banishment by Augustus in 8 CE, but that is now considered unlikely. The work was such a popular success that he wrote a sequel, “Remedia Amoris” (“Remedies for Love”). 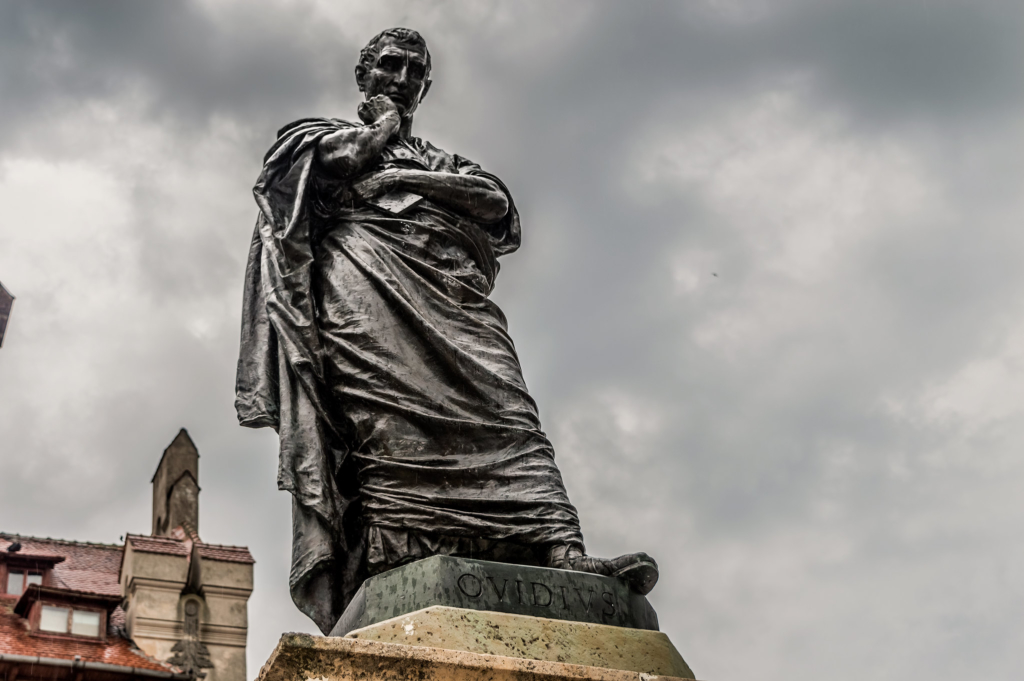 The “Heroides” (“Epistulae Heroidum”) were a collection of fifteen epistolary poems published between about 5 BCE and 8 CE, composed in elegiac couplets and presented as though written by a selection of aggrieved heroines of Greek and Roman mythology (which Ovid claimed to be an entirely new literary genre).

By 8 CE, he had completed his masterpiece, “Metamorphoses”, an epic poem in fifteen books derived from Greek mythology about mythical figures who have undergone transformations (from the emergence of the cosmos from formless mass to the organized, material world, to famous myths such as Apollo and Daphne, Daedalus and Icarus, Orpheus and Eurydice, and Pygmalion, to the deification of Julius Caesar). It is written in dactylic hexameter, the epic metre of Homer’s “Odyssey” and “Iliad” and Virgil’s “Aeneid”. It remains an invaluable source on Roman religion, and explains many myths alluded to in other works.