Horace was, along with Vergil, the leading Roman poet in the time of Emperor Augustus. He is considered by classicists to be one of the greatest and most original of Latin lyric poets, appreciated for his technical mastery, his control and polish, and his mellow, civilized tone. As well as his lyric or love poetry, he wrote many biting satires and hymns. 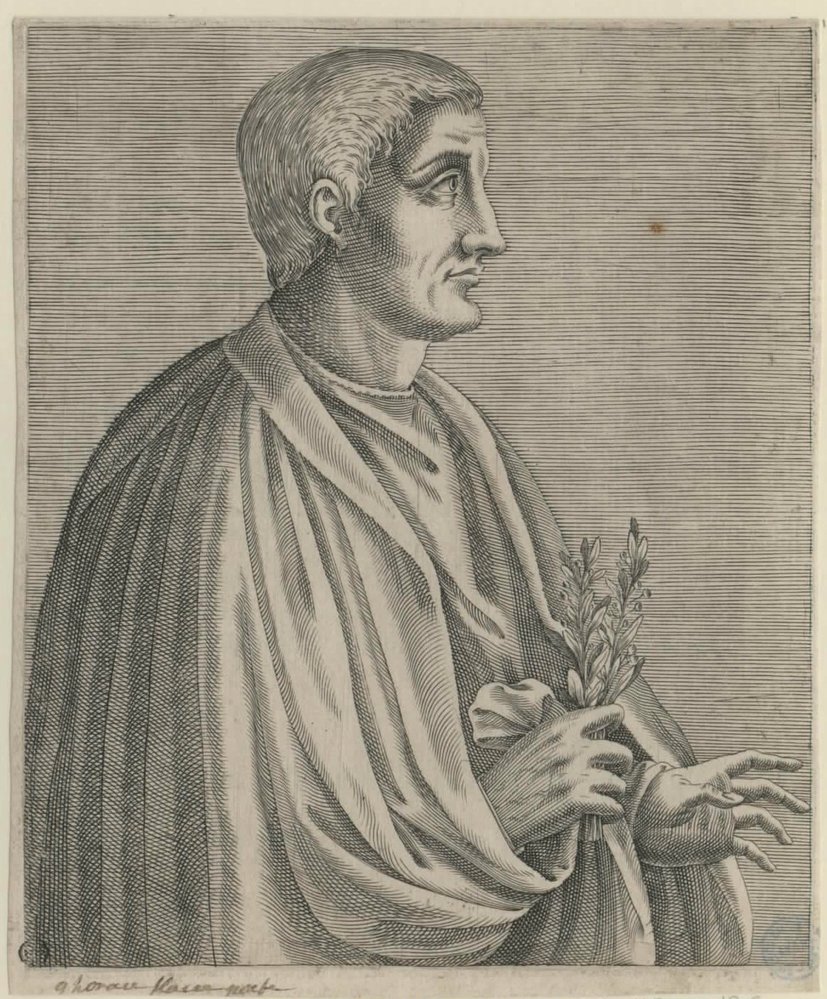 Quintus Horatius Flaccus (known as Horace in the English-speaking world) was born in 65 BCE in Venusia in southern Italy, the son of a freed slave who owned a small farm and also worked as a tax collector. He later moved to Rome, where his father was able to provide him with a good education, first in Rome and then in Athens, where he studied Greek and philosophy.

After the assassination of Julius Caesar in 44 BCE, Horace joined the army, serving under the generalship of Brutus and fighting as a staff officer in the Battle of Philippi. He returned to Italy in 39 BCE, when an amnesty was declared for those who had fought against the victorious Octavian (later to be called Augustus), only to find his father’s estate had been confiscated. Although Horace claimed to have been reduced to poverty, he nevertheless still had the means to purchase a profitable life-time appointment as a scribe and Treasury official, which allowed him to live comfortably and practice his poetic art.

The young Horace attracted the attention of Vergil, and he soon became a member of a literary circle that included Vergil and Lucius Varius Rufus. Through them, he became a close friend of Maecenas (himself a friend and confidant of Augustus), who became his patron and presented him with an estate in the Sabine Hills near fashionable Tibur. He had the temerity to refuse Augustus’ offer of a position as his personal secretary, although he does not seem to have lost any favour with the Emperor for it. He is described as short and fat and prematurely grey. Although he never married, he had a hedonistic tendency and carried on an active sexual life anyway, and was apparently addicted to obscene pictures.

He died in Rome in 8 BCE, at the age of 57, leaving his estate to the Emperor Augustus, in the absence of any heirs of his own. He was buried near the tomb of his friend and patron Maecenas. 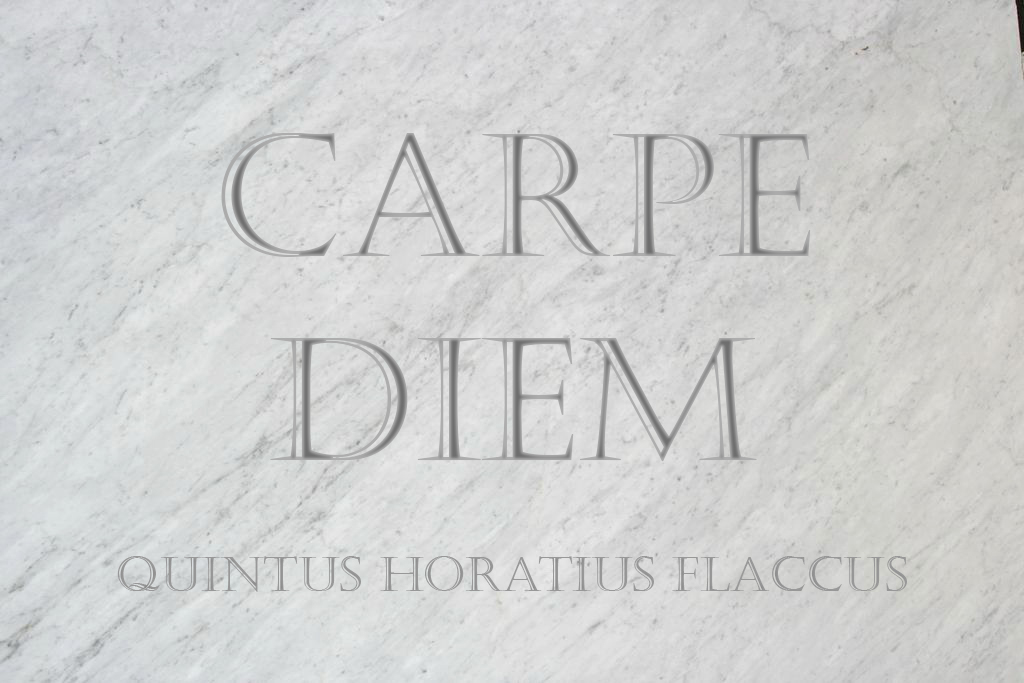 The surviving works of Horace include two books of satires, a book of epodes, four books of odes, three books of letters or epistles, and a hymn. Like most Latin poets, his works make use of Greek metres, especially the hexameter and alcaic and sapphic stanzas. 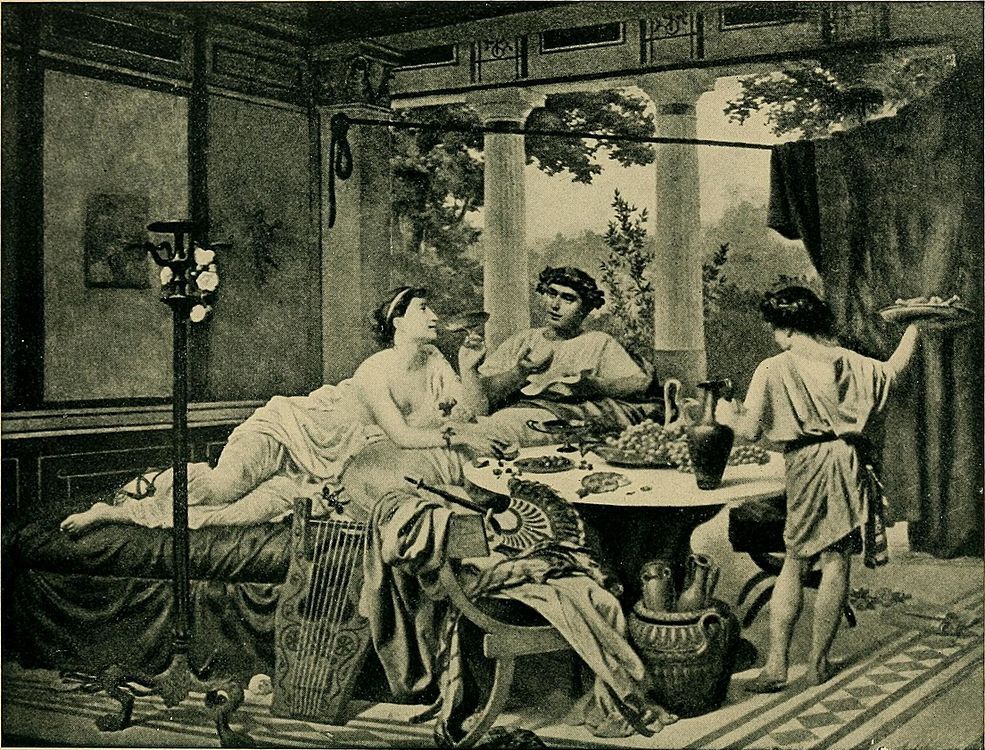 The “sermones” or satires are his most personal works, and perhaps the most accessible to contemporary readers since much of his social satire is just as applicable today as it was then. They were Horace’s first published works (the first book of ten satires in 33 BCE and the second book of eight in 30 BCE), and they established him as one of the great poetic talents of the Augustan age. The satires extol the Epicurean ideals of inner self-sufficiency and moderation and the search for a happy and contented life. Unlike the unrestrained and often vituperative satires of Lucilius, though, Horace discoursed with gentle irony about faults and foibles which everyone possesses and should confront.

The “carmina” or odes, published in 23 BCE and 13 BCE, are his most admired works, however, and were developed as a conscious imitation of the short lyric poetry of the Greek originals of Pindar, Sappho and Alcaeus, adapted to the Latin language. They are lyric poems dealing with the subjects of friendship, love and the practice of poetry. The epodes, actually published before the odes, in 30 BCE, are a shorter variation on the form of the odes and represented a new form of verse for Latin literature at that time.

After 23 BCE, Horace’s interests shifted back to the discursive mode of his earlier satires and he explored the possibilities of poetic moral essays, written in hexameter but in the form of letters, publishing 20 short epistles in 20 BCE. One of them, the “Ars Poetica” (“The Art of Poetry”), is usually referred to as a separate work, and outlines a theory of poetry. The “Carmen Saeculare” (“Song of the Ages”) is a hymn commissioned by the Emperor Augustus for the Secular Games of 17 BCE, proposing the restoration of the traditions of the glorification of the gods Jupiter, Diana and Venus.

Many Latin phrases coined in his poems remain in use today, such as “carpe diem” (“seize the day”), “dulce et decorum est pro patria mori” (“it is sweet and fitting to die for one’s country”), “nunc est bibendum” (“now we must drink”), “sapere aude” (“dare to be wise”) and “aurea mediocritas” (“golden mean”).