“Passer, deliciae meae puellae” (“Sparrow, darling of my girl”) is a lyric poem by the Roman poet Catullus, often referred to as “Catullus 2” or “Carmina II” for its position in the generally accepted catalogue of Catullus’ works. The poem, which describes the affectionate, quasi-erotic relationship between Catullus‘ lover, Lesbia, and her pet sparrow, is one of his most charming and most famous, and is thought to date from around 60 BCE.

The poet addresses his love’s pet sparrow, with which she often plays and encourages to nip her finger. He suggests that she plays with the bird so much because she is missing him. He wishes that he could play with the sparrow the way its mistress does, so that he would miss her less.

“Catullus 2” is written to the pet sparrow of Catullus’ lover, which is usually taken to mean Lesbia, an alias he uses in many of his poems for Clodia (the wife of the eminent Roman statesman, Clodius), with whom he carried on an illicit affair for some time.

The poem is written in hendecasyllabic verse, a metre commonly used by Catullus, in which each line has eleven poetic feet. The feet are defined by long and short forms of the vowels, rather than by stressed and unstressed syllables as in English poetry.

Lines 1-10 represent the preserved core of the poem. Lines 11-13, often denoted as “Catullus 2b”, differ significantly in tone and subject from the first 10 lines (it refers to the Greek myth of the swift-footed Atalanta), and may even belong to a completely different poem, although most scholars do not believe so. It is also possible that lines bridging the transition between the two parts have been lost, and the debate over the completeness and unity (or otherwise) of the poems has generated a significant amount of literature in its own right.

To further confuse matters, in the original manuscripts, this poem was combined with “Catullus 3” (which describes the death of Lesbia’s sparrow), but the two poems were separated by scholars in the 16th Century CE. All of Catullus‘ poems survive from antiquity in three copies of a single manuscript discovered around 1300 CE in Verona, Italy, and it would not be surprising if, after fourteen centuries of copying from copies, the text was corrupted. 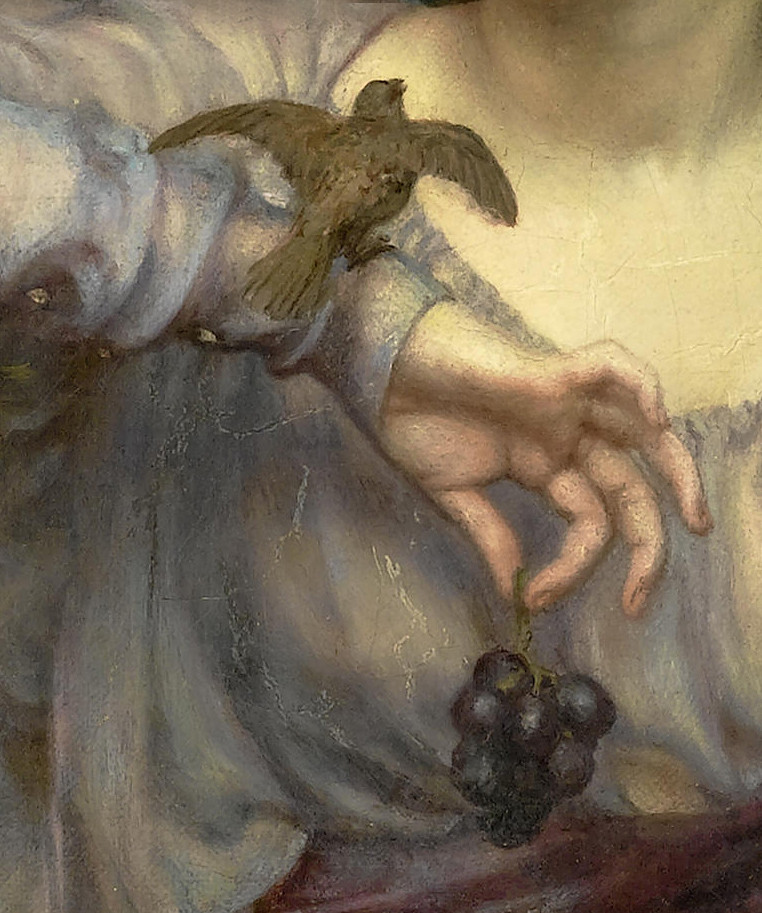 “Catullus 2”, and the following “Catullus 3”, inspired a whole genre of poems about lovers’ pets, classic examples of which include Ovid‘s elegy on the death of his mistress Corinna’s parrot and Martial’s epigram on a lap dog. Birds were common love-gifts in the classical world, and it has been speculated that Lesbia’s sparrow was perhaps given to her by Catullus, which might explain the poet’s identification with the sparrow.