Phemius in The Odyssey: The Ithacan Prophet 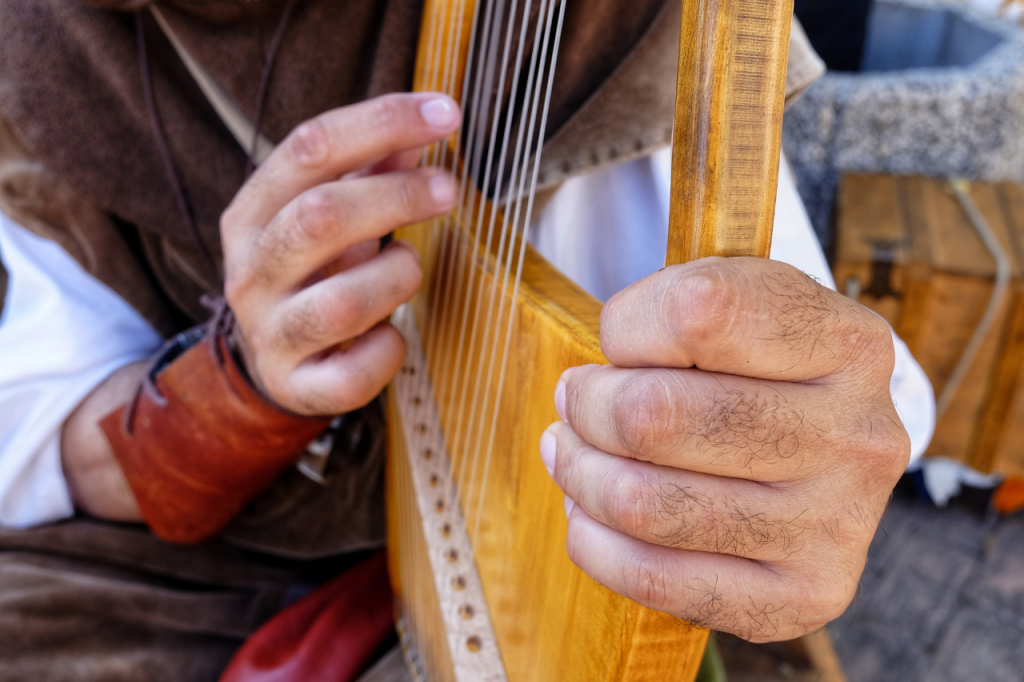 Singer for both humans and the Divine, Phemius in The Odyssey, is a self-taught player of the lyre specializing in songs of sorrow.

He is described as unfortunate, being forced to perform in front of men who wish to steal the king’s throne and wife.

This oral poet represents the uncanny mix of tradition and novelty being influenced by the gods.

Who Is Phemius in The Odyssey?

Phemius makes his debut in the first book of the play. He is seen singing in front of Penelope’s suitors, entertaining them as they wine and dine in the hall.

But who is Phemius in The Odyssey? How did this character impact the setting of this literary piece? To go in-depth on who Phemius truly is, we must return to the first half of the play.

In the first book of The Odyssey, we get to see the great hall of the castle; here, we bear witness to a song being sung by an Ithacan prophet for the amusement of certain men.

The song, in particular, is called “the return from Troy,” depicting what would be a victorious return of Odysseus. Penelope hears this and is struck with grief. He asks Phemius to sing another song but is stopped by her son, Telemachus.

After a tumultuous journey at sea, Odysseus finally arrives home in Ithaca. Upon his arrival, he is greeted by the goddess of war, Athena. She warns him of the ongoing games his wife’s suitors faced, vying for her hand in marriage. She convinces him to alter his appearance and join the competition for Penelope’s hand.

Though Athena has disguised Odysseus as a beggar, he reveals his true identity to his son Telemachus. Together, they devise a plan to massacre the suitors and regain control of Ithaca.

The Massacre of the Suitors of Penelope 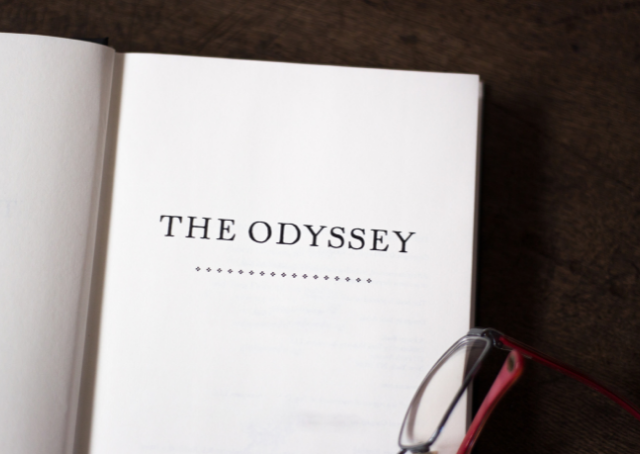 When Odysseus arrives at the palace to join the competition, Penelope takes an instant interest in this strange beggar. Suspecting him of his identity, Penelope organizes an archery contest the following day, promising to marry the man who can string Odysseus’ great bow and fire an arrow through a row of 12 axes.

Each suitor steps up to the podium and tries to string the bow but fails. Odysseus steps up and, with little effort, completes the rigorous task at hand. He then turns the bow on the suitors and murders all of Penelope’s suitors with the assistance of Telemachus.

Odysseus reveals his identity to the entire palace and reunites with his loving wife, Penelope. Afterwhich, he travels to the outskirts of Ithaca to see his aging father, Laertes. There, they come under attack from the vengeful family members of the dead suitors.

Still, Laertes, reinvigorated by his son’s return, successfully kills one of the suitors’ fathers, ending the attack. Athena then restores peace within Ithaca, and just like that, Odysseus’ long ordeal comes to an end.

Phemius Begs for His Life

While massacring all of Penelope’s suitors, Odysseus points his arrow towards Phemius in fury and rage. Phemius gets on both knees in fear of his life and begs for Odysseus’ mercy, emphasizing his unwillingness to engage the men vying for Penelope’s hand in marriage. Only a few feet away, Telemachus validates this fact, allowing Odysseus to lower his bow and stretch out his hand.

Odysseus realizes the chaos he’s caused, murdering all these men, and asks Phemius for his help to delay the inevitable. He understands that word of his return would travel fast and would eventually reach the ears of the suitors’ families. He hopes to wait for this with the help of Phemius just until he gets his father.

Odysseus asks Phemius to play wedding songs as loud as he can play the lyre. Despite Phemius specializing in themes of sorrow, he was the only one who could do such a feat.

Odysseus intends to allude to an illusion of a merry celebration in the castle instead of the gruesome ordeal. He hopes that these wedding songs would deceive the suitors’ families into thinking that a wedding was happening instead of a bloody massacre.

Odysseus and Telemachus then set off to the outskirts of Ithaca, where Laertes resided.

Phemius’ Role in The Odyssey

The role of Phemius in The Odyssey is that of a bard; he impacts the play by giving the audience live vocal storytelling that refreshes the viewers’ knowledge of the Greek classic.

In ancient Greece, plays were one of the only entertainment sources, and such was The Odyssey which uses songs to portray events currently happening within the masterpiece. Homer emphasizes the portrayal of these songs and how they are used to exhibit the audience’s narrative. This allows the spectators to be harmoniously incorporated into the plot.

Phemius, influenced by the gods, uses his divine Muse to draw inspiration for his art. In Greek poetry, the entity of a Muse typically vaguely embodies the poetic tradition. This is why he is described to be both traditional and novel.

Phemius, a lover of the gods, draws his inspiration from their lives and the stories of their meddling in the mortal realm. In this manner, divine intervention is used as a motif to exhibit the extraordinary way Phemius intricately creates his narrative and the general manifestation of the gods in all things mortal in Homer’s classic.

Although it sounds absolute, divine intervention does not entirely rule out the human component in Phemius’ hymns. This is portrayed in the grief Penelope showed upon hearing one of his songs; the sorrow and suffering as a theme is painted as a subject matter of humanity.

Now that we’ve gone deeper in the discussion of Phemius, who he is as a character, his role in The Odyssey, and the implication of his existence, let us go over the important points of this article:

In summary, Phemius was an important character in The Odyssey. Despite playing a minute side character, his role was to emphasize the Greek tradition of oral storytelling and exhibit their belief in divine intervention by the gods. This is seen as he opens the play by singing “the return from Troy.”