The Island of the Lotus-Eaters: Odyssey Drug Island 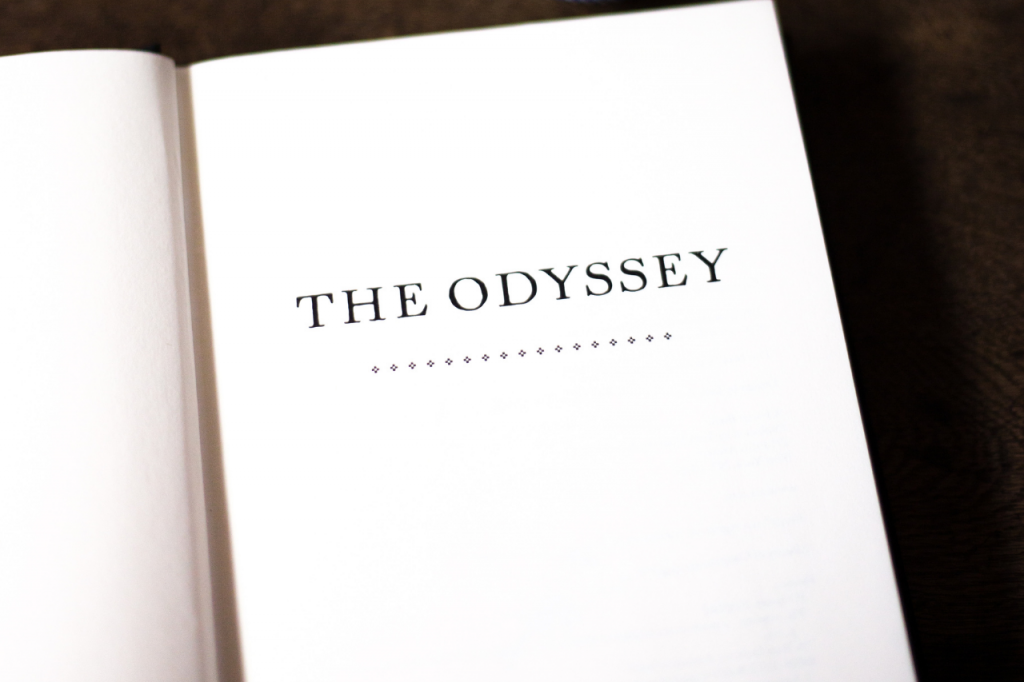 They offered him and his men food. But, unbeknownst to them, the lotus they were all happily munching on stripped them of all desires, leaving only the urge to ingest the fruit.

They were trapped on an island where time seemed to be forgotten. To further understand this, we must go back to Odysseus’ journey to Ithaca.

Odysseus’ Journey Back to Ithaca

The war of Troy has ended, leaving the land a waste and surviving men to return to their respective homes. Odysseus, Agamemnon’s friend and one of the war heroes, gathers his men and travels back to his homeland, Ithaca.

They first arrive on the Island called Ismaros, the land of the Cicones, where they gather food and water. Then, they raid the towns taking their rations and gold, disappointing the gods that he had first gained favor from.

Odysseus and his men enslave the men and separate the women, taking whatever there is to take and leaving nothing left for the villagers. Our hero warns his men and begs them to leave immediately, but his men were stubborn and feasted until morning.

The Cicones came back with large numbers, attacking Odysseus and his men, which caused numerous casualties on their part. It was an attack they barely managed to escape from.

Zeus, in complete disappointment, sends a storm their way punishing them for their deeds in Ismaros. The wild sea poses a challenge to Odysseus and his men, forcing them to dock in the nearby Island, Djerba.

The island off the coast of Tunisia houses the gentle beings who only consume fruits from the lotus plant; thus, it was called the lotus-eaters land. Odysseus, a man who has yet to learn from his past mistakes, trusts his men and sends them off to greet the lotus-eaters. To his dismay, several hours pass without sight nor sound from the men he had sent.

The Land of the Lotus-Eaters

The men arrive in the lair of the lotus-eaters and greet the inhabitants of the land. The hospitable hosts, the lotophages, offer Odysseus’ men food and water. Several hours passed, and soon Odysseus could wait no longer.

He marches up to his men and sees the intoxicated state they were in. They refused to leave the island and only wanted to eat the fruit from the lotus plant. Odysseus drags his men back, tying them to the boat, and sets sails once again.

Who Are the Lotus-Eaters

The lotophages or the lotus-eaters come from an island in the Meditteranean Sea called Djerba; they hold no hostility for Odysseus’ men and welcome them with open arms. They are written as sloths who do nothing and desire nothing but eating the lotus plant.

Odysseus’ men feast with the lotus-eaters, ingesting the famed fruit and so beheld lose all their desires to go home. They were stripped of their goals, falling victim to the addictive fruit of the lotus.

Just like the lotus-eaters, the men became sloths and desired nothing but the lotus fruits. Their addiction was so strong that Odysseus, who felt something was amiss from the fruit, had to drag his men back to their ship and chain them to prevent them from ever coming back to the Island.

The Lotus Fruit in The Odyssey 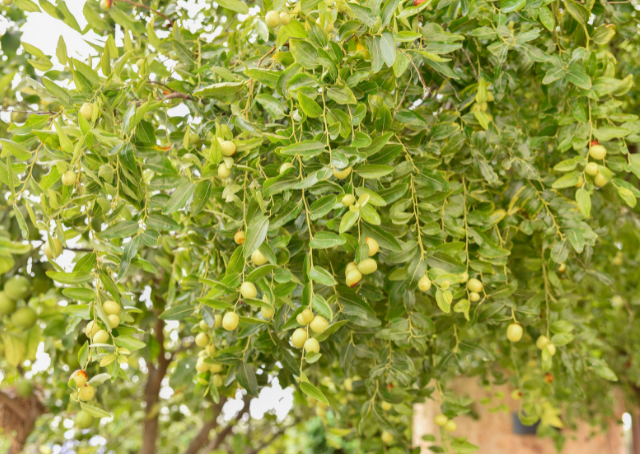 In the Greek language, “Lotos” refers to a variety of plants, so the meals the lotus-eaters ingest were unknown. The plant endemic to the island in the Mediterranean Sea was a hallucinogen, addictive to anyone who tasted it.

Therefore, it is presumed to be the Ziziphus lotus. In some accounts, the plant was described to be a persimmon fruit or poppy due to the addictive nature the seeds have.

The lotus flower is disputed to be an object that reflects and indulges one’s pleasure. The reason why Odysseus’ men were greatly affected was due to each of their unique desires. This was then amplified by the fear and, most likely, the longing for home.

This may come off as a bit of a paradox, but the instant gratification of pleasure and comfort that was assured from the plant seemed to be what his men needed. The lotus-eaters depicted were just individuals who long for comfort—for this case, an everlasting one.

The Symbolic Nature of the Plant

The symbolism of the lotus flower represents a conflict Odysseus and his men must face, the sin of slothfulness. Those who ingest the plant become a group of people who have forgotten their purpose in life, completely disregarding their roles and forging a path only to please themselves. They essentially give up on their lives and give in to the peaceful apathy the lotus fruit brings about.

Odysseus’ time in the Djerba serves as a warning and foreshadows addictive behavior for both the audience and Odysseus. Had he ingested the plant, he would have had no desire to return to Ithaca, thus ending his journey and endangering his home and family.

This impacts the audience in a warning manner, cautioning us from temptation and the dangers of forgetting ourselves and our goals. If one were to fall victim to the temptations of certain addictions, we would be no better than the lotus-eaters. Their behavior and lack of desire in life beg us to question who they were before, unfortunately stumbling upon the fruit.

The Struggle of Odysseus in Djerba

The lotus-eaters, known for their drowsy narcosis, are evil in Odysseus’ eyes because of the lotus fruit’s effects. They rendered his men forgetful and tired, leaving them in the constant state of blissful apathy.

Odysseus, who has gone through numerous trials and is written to go through even worse dangers, finds the land of the lotophages the most dangerous of all.

As a hero to his people, Odysseus is both loyal and dutiful; he places the welfare and well-being of his family and his men above his own. Returning to Ithaca is not only his heartfelt desire but also his civic duty as their king.

So to be forcefully and unknowingly be stripped of who he was as a person; to be stripped of his unwavering will and let go of all the hardships he faced and has to face is both a trembling and tempting thought to him, and temptation is his greatest fear.

The Lotus-Eaters and Odysseus

As mentioned previously, Odysseus was a dutiful man, committing acts of bravery as his men remain passive from the effect of eating the lotus plant. From an initial stand, one can indeed see Odysseus as a commendable hero.

But, his dutifulness can also be deemed a forced act to attain validation, possibly amplified by his fear of being shunned by the people—not forgetting the addition of responsibility and expectations from his men and their families.

Modern culture/literature creates a beautiful medium that juxtaposes how people analyze texts, taking in extreme positions that oddly make sense when a proper discourse has been given.

This is much more present for canonical text like Odysseus because it isn’t entirely based on facts. Still, a fictitious perspective cannot be debunked—hence, the copious amount of interpretations as scholars look back on this.

The Lotus Fruit and Modern Culture

In the modern-day culture, addictions may vary, ranging from illicit drugs to company to handheld phones and even gambling. In Rick Riordan’s Percy Jackson, the lotus-eaters aren’t endemic to Djerba but live right in sin city, Las Vegas.

Ironically the town of Sin houses the sinful sloths; they serve their drugs, trapping numerous people in their Casino where one has little to no concept of time, only pleasure and gambling.

In addition, vices aren’t limited to physical objects but emotional sensations as well. Pleasure and Happiness are a staple; however, individuals tend to side towards solitude, self-deprecation, or even affirmation from peers when including modern context.

The spectrum remains broad as each emotion is tethered to one’s own experiences, making it distinctive—a dynamic line where all things are connected but never met in the same end. This is seen in the modern adaptation of Homer’s lotus-eaters.

The Lotus-Eaters in Modern-Day Media

Instead of the gentle beings who hold no desire in anything but to eat the fruit, Rick Riordan’s book adaptation of the lotophages is that of tricksters. Those who trap their guests in a Casino with endless supply of lotus, forcing them to gamble their fortune away.

Once Percy wakes up from his drug-induced haze, he warns his friends, gaining the attention of the lotus-eaters. And instead of allowing them to escape and not caring about their whereabouts like the original lotus-eater is portrayed, they chase Percy and his friends, refusing to let them go.

This exemplifies the example given earlier; with Riordan’s portrayal of the lotophages, he has given us a more modern view of this group of people, allowing the younger audience to understand their importance in the plot.

Despite having opposite portrayals, Homer’s and Riordan’s adaptation of the lotophages are connected through Greek mythology. Originally this myth comes from tales as old as time, being distributed orally as per Greek tradition.

The Greek tradition of oral portrayal is important in the play; because most Greek myths are passed down from generation to generation, Homer sticks to the rules and portrays choruses in his work. Its importance is reiterated numerous times in the play.

We’ve discussed the lotus-eaters, the lotus flower, their symbolic nature, and the struggle Odysseus faced on their island.

Now, let’s summarize the main points of this article:

In conclusion, the lotus-eaters in the Odyssey serve as a potent reminder for our hero to be steadfast. Forced into an island where men are easily tempted to strip their worries and duties, Odysseus, the known hero and man of courage, must remain devoted to the task at hand. If he fell victim to this addiction, he’d be putting the fate of his home and family in perilous danger.