Who is Laertes? The Man Behind the Hero in the Odyssey 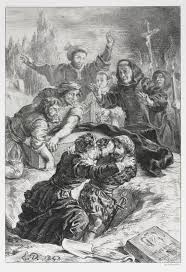 Laertes is the father of Odysseus and grandfather to Telemachos. Laertes’ Odyssey has long since ended when he is introduced in the epic poem by Homer. He is a tired and broken old man, living on an island and barely tending his farms. However, his adventuring is widely known and is an important component of the story of The Odyssey. “I am Laertes, son,” announces Odysseus upon his landing on the shores of the Phaecians.

Laertes’ reputation is well known in the lands. Before his son, he had been an Argonaut and was a mighty king of Ithaka and the surrounding lands. He abdicated in favor of his son Odysseus and was heartbroken when he left to battle in Troy. Odysseus’s long journey and absence from his home were prophesied, and Laertes knows his son will not return soon.

In fact, Odysseus is gone for ten years, long enough that his own mother gave in to her grief, dying in his absence.

Though the Odyssey’s focus is Odysseus’ journey, Laertes is a legend in his own right. An Argonaut mentioned in the Bibliotheca, Laertes, is leading great battles even as a young man. One of the early battles mentioned in the Odyssey is the taking of the fortress city Nericum. Ovid also mentioned Laertes as a Calydonian Hunter.

The heroic nature of Laertes is attested to in several ancient sources. Homer in the Odyssey tells of Laertes having taken the fortress city of Nericum in his youth. Laertes is also named an Argonaut in the Bibliotheca, and Ovid tells Laertes being a Calydonian Hunter. This is significant because the Calydonian Boar was a monster of legend and myth, sent by the goddess Artemis to punish an errant king.

King Oeneus, when laying out his sacrifices to the gods, forgot to include Armetis, goddess of the hunt. In a fury, Artemis sent the Boar, a monstrous creature. The boar attacked, ravaging the region of Calydon in Aetolia. It destroyed vineyards and crops, driving the citizens to take refuge within the walls of the City. Trapped and besieged, they began to starve, forcing the King to seek hunters to destroy the monster and set them free. This was no ordinary boar.

“Its eyes glowed with bloodshot fire: its neck was stiff with bristles, and the hairs, on its hide, bristled stiffly like spear-shafts: just as a palisade stands, so the hairs stood like tall spears. Hot foam flecked the broad shoulders from its hoarse grunting. Its tusks were the size of an Indian elephant’s: lightning came from its mouth: and the leaves were scorched, by its breath.”

It took hunters of legend and renown to take down such a beast. Laertes and the other hunters came from kingdoms worldwide to take part in the hunt, finally bringing down the beast and setting the city free of the goddess’ vengeance.

In Greek and Roman society, the paternal line was of prime importance, and it was considered an honor to pass down the glory of great deads from father to son. A son reveled in his father’s achievements and sought to honor his father’s name by building up his own accomplishments and even surpassing his father’s exploits. The son’s successes brought honor to the father, and the father’s legacy offered the son legitimacy with kings and knights alike.

Odysseus came from legendary stock and took pride in having Laertes as a father. He bragged about his ancestry when presenting himself to kings. In the Odyssey, Laertes was a major selling point for Odysseus’ standing as a warrior. The son of an Argonaut and a Calydonian Hunter was not someone to be trifled with.

I Am Laertes Son Summary Odyssey

During his travels, Odysseus suffers many challenges. Not only does the defense of Helen of Troy escalate into a war, once he escapes the battling, his journey home is also fraught with strife. The prophecy that was foretold before he even left Ithaka plays out as he faces challenge after challenge in his journey to return home.

The Odyssey recounts his travels home after the story that takes place in the Iliad. Having conquered Troy by tricking its inhabitants with a horse, Odysseus is now ready to return to his beloved Ithaka, to his father Laertes and his wife, Penelope, as well as his son, who was an infant when he left to go to war.

Odysseus is not fated to return quickly or easily to Ithaka. Between his crew’s reckless behavior and his own, the journey is slow and tedious. He lands first on the island of the Cicones. Having carried out a successful attack, Odysseus tarries too long. His arrogant delay gives the Cicones time to regroup and launch a counter-attack, which prevents him from traveling toward Ithaka. 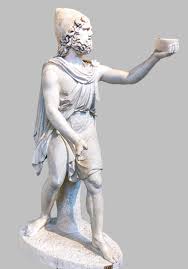 Once he escapes the island of the Cicones, he travels on until he and his crew reach another island, this one populated by lotus-eaters. The honey flavored plants lure his crew with powerful magic that distracts them from their mission and makes them want to stay and linger on the island for eternity rather than continuing. Odysseus orders his men not to touch the lures, and they move on.

Finally, he comes to a third island, where he encounters the Cyclops Polyphemus. His curiosity and recklessness in staying on the island cost him the lives of six of his crew. Arrogantly, he reveals his identity to the Cyclops, allowing the monster to curse him. In the end, he blinds Polyphemus to make good his escape. The clever and cruel cyclops is the son of Poseidon.

The sea god is furious with the injury to his son, and he vows vengeance on the traveler. Odysseus has now angered the god, and he will pay the price. His crew’s recklessness cost them victories and lives on the first two islands, but Odysseus has no one to blame but himself for the disastrous ending to his journeys.

Odysseus on the Island of Scheri

Having earned the wrath of the god of the sea, Odysseus is beset by a maelstrom at sea. Of all the ships that set out with him, all are lost in the storm. Only Odysseus survives. The goddess Ino takes pity on him, and he finds himself washed ashore on the island of Scheria. None know, in the beginning, that he is Laertes’ son. The Odyssey tells the tale of Odysseus’ rescue as the Phaeacian Princess Nausica finds him.

Recognizing his heroic stature, she walks him to the palace, helps him clean himself and get fresh clothes so that he might present himself to the king. The ploy works, and he is soon a guest of Alcinous and Arete, the king and queen. Singers and musicians offer him a great feast and entertainment.

During his stay with the Phaeacians, Alcinous has a bard play a song of the war in Troy. Moved to tears, Odysseus requests to hear the song a second time. Grieving his lost crew and the length of the journey that remains before him to return to Ithaka, he weeps.

Confronted by Alcinous, who demands his name, he relates tales of his adventures and travels, revealing that he is the famed Laertes’ son. Alcinous, impressed by his tales, offers him more food and drink and comforts.

>After spending a good deal of time with Alcinous and Arete, regaining his strength and courage, Odysseus is ready to begin the final leg of his journey home. With the king’s blessing and assistance, he sets out, finally returning to his wife and grieving father.

Is Laertes Death in the Odyssey?

There is a good deal of death in the ending of the Odyssey, but Laertes survives the ending of the epic quest, presumably retiring to live out the rest of his life looking after his farms and spending time with his son, who is finally restored to him. Few heroes can rival Laertes in the Odyssey. Death comes to all in the end, but he lives on.

Upon his return to Ithaka, Odysseus doesn’t reveal himself right away. He’s traveled the world for over ten years, and he is aware that his mother has died in his absence. He is uncertain whether his wife, Penelope, has remained faithful and doesn’t know how he will be received. Rather than marching into the City and announcing his arrival, he comes quietly to the home of a former slave, where he takes refuge. While there, he is greeted by his own dog, Argos, who is the only one to recognize him on sight.

The slave, while washing Odysseus’ feet, recognizes a scar from a boar hunt in his youth. He threatens her with death if she reveals his secret and remains hidden. He proceeds into the City to join the suitors of his own wife, Penelope. Penelope has decreed a series of contests that stand between her, the presumed widow, and remarriage. As Odysseus arrives, the suitors are trying to string his own bow, to fire an arrow through twelve axe handles.

None of the suitors can string the bow, let alone fire the winning shot. Odysseus does both easily, proving himself worthy. He then proceeds to slaughter the other suitors for their audacity in entering his home and courting his wife. Penelope, unconvinced of his identity, orders a servant to move her wedding bed. Odysseus protests that it can not be moved. He knows the secret because he himself built the bed. One leg of the bed is a living olive tree. The bed cannot be moved from its place. His knowledge convinces Penelope, and she accepts that her husband has finally returned to her.

The final reintroduction is to Laertes himself. Laertes has always been a botanist and impressed upon his son’s extensive knowledge of plants and trees as a youth. The pair had bonded over the growing of trees and plants. To convince Laertes, Odysseus goes to his aged father and recites all the trees his father gave him as a boy. Once more, his knowledge is the convincing key.

The theme of the bonds of a father and son run strongly through the Odyssey. Laertes’ finds his strength returned with his son’s arrival and even accompanies Odysseus as he journeys to battle with the dead suitor’s families. Laertes is thrilled to have his son returned to him, and the pair set off for Ithaka to do battle with the enraged families of the murdered suitors. Odysseus faces one final battle, but Athena intervenes, putting a stop to the fighting and returning peace, at last, to Ithaka.