How are the Suitors Described in The Odyssey: Everything You Need to Know 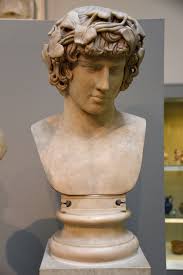 The Odyssey is an epic Greek poem that tells the story of the return journey of Odysseus to the island of Ithaca. It describes the challenges that Odysseus had to face as he tried to return home. Some of the challenges include various monsters, a visit to the afterlife, cannibals, drugs, enchanting women, and Poseidon’s hostility, one of the Greek Gods, himself.

After facing many woes in his journey home, unfortunately, Odysseus discovered that his trials were not over upon reaching Ithaca. There he found that 108 young men, the suitors, had invaded his house. Their purpose was to put pressure on Odysseus’ wife, Penelope, to marry one of them. The suitors are described negatively as being rude, slovenly, disrespectful and ungrateful.

The suitors’ issue was resolved by holding a bow contest, which led to the slaughter of the suitors by Odysseus and his son, Telemachus. With the intervention from Athena, goddess of wisdom, victory, and war, peace was restored on Ithaca.

Odysseus’s story highlights the power of love for home and family; because of his intense love for his family and his desire to return home, Odysseus overcame fear and hatred and ultimately defeated the suitors who threatened to steal everything that belonged to him.

Odysseus is the king of Ithaca, a Greek island with a rugged terrain known for its isolation. To fight for the Greeks in the Trojan War, Odysseus departed from Ithaca, leaving behind his newborn child, Telemachus and his wife, Penelope. 10 years had passed, and Odysseus still had not returned.

During this long absence of Odysseus, 108 unmarried young men suspected that Odysseus had died in the war or even in his journey back home. These young men, who are called the suitors in the poem, took up residence in Odysseus’ home and vied Penelope’s hand in marriage. 52 of the suitors were from Dulichium, 24 from Same, 20 from Zacynthus, and the other 12 were from Ithaca.

Penelope, displeased by their presence, devised a plan to delay the suitors’ courtship. According to her plan, she declared that she would only choose her suitor after weaving a funeral shroud to be presented to Odysseus’ father, Laertes.

Penelope worked on the shroud for three years, all in a while waiting for her husband’s return to Ithaca. However, one of Penelope’s maidservants named Melantho revealed Penelope’s delaying plan to Eurymachus, who later told the suitors.

Upon learning of her tactic, the suitors demanded Penelope choose her husband among them.

The suitors displayed bad behavior in Odysseus’ home. They drank wine and ate his food. Telemachus, Odysseus’s son, who had grown up into a young man, was extremely frustrated with the suitors’ bad behavior.

Telemachus expressed his irritation about the suitors’ behavior to one of Odysseus’ guest-friends, Mentes, who is actually goddess Athena in disguise. Upon listening to Telemachus, Athena urged Telemachus to stand up to the suitors and then search for his father.

Once Odysseus returned home disguised as a beggar by Athena (so that he can plot his revenge), together with Telemachus and two of Telemachus’ friends, Eumaeus and Philoetius, they set out to kill the suitors and those maidservants who were disloyal to him.

Out of 108 suitors, three of them are considered important in telling the epic poem. They are:

He is the son of Eupheithes and is the first of the suitors to die amid Odysseus’ return to Ithaca. He is the most disrespectful among the suitors, and according to the epic poem, he is the one that planned to kill Telemachus upon his return to Ithaca. His plan, however, was outvoted by Amphinomus. Antinous behaves arrogantly in Odysseus’ home when Odysseus is disguised as a beggar; not only did he disrespect Odysseus by not showing any hospitality, but he also threw a stool at him.

The son of Polybus, he is the second among the suitors to appear in the epic poem. He acted as the leader among them due to his charisma. He outdoes the other suitors in gift-giving, which made him the likely candidate to win Penelope’s hand in marriage. The union between Eurymachus and Penelope was also supported by Penelope’s father and brothers. Despite his charismatic image, Eurymachus is actually very deceitful. He discovered Penelope’s plan to delay her remarriage from one of her maidservants, Melantho, with whom he was having an affair. Upon Odysseus’s revelation to the suitors, Eurymachus put all the blame on Antinous to escape Odysseus’ wrath. However, ultimately he is killed by an arrow shot by Odysseus.

He is the son of King Nisos and is acknowledged to be the most sympathetic among the suitors because he attempted to dissuade the suitors from killing Telemachus. Odysseus knew about this and wanted to spare his life. Therefore, he warned Amphinomus to leave his house before the final battle took place. However, Amphinomus decided to stay and eventually got killed by Telemachus, along with the other suitors.

The other name of the suitors mentioned by Homer in this epic poem include: 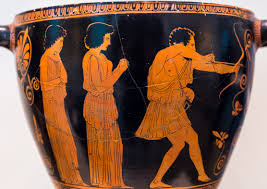 Hospitality is the major theme in this epic poem. It is significant as it serves as a form of moral and ethical constitution among the poem’s characters. Ithaca has a long-standing tradition of hospitality, and it is a vital aspect of Homers’ world.

Hospitality was meant to demonstrate one’s quality as a human being and hope that, in return, others would treat them the same, especially while traveling. The issue of lack of hospitality among the suitors is taken very seriously. During Odysseus’ 10-year absence, his home has been invaded by a group of unmarried young men. It is clear that these suitors were disrespectfully taking advantage of the long-standing tradition of hospitality of Ithaca.

Loyalty or perseverance is another major theme in this epic poem. Penelope well represents this theme because she waited faithfully for her husband’s return to Ithaca. Telemachus, son of Odysseus, displayed his loyalty by being by his father’s side against the suitors.

Odysseus’ loyal servants are rewarded, and those who were not loyal were dealt with harshly. For example, the goatherd Melanthius, who had become friendly with the suitors and insulted Odysseus unknowingly while the king was disguised as a beggar, was tortured and killed as a punishment for disloyalty.

Vengeance is another visible theme within the epic poem. Odysseus is one of the most noticeable characters that represent the theme. This can clearly be seen in his attitude towards suitors and his disloyal servants. He takes revenge on the suitors for their lack of respect towards his household. This can be seen when he slaughtered the suitor Antinous with an arrow right through the throat. Then, he went for Eurymachus with an arrow right through his liver. He killed them to get vengeance or retribution for how the suitors had taken advantage of him.

Appearance versus reality is a theme mainly portrayed through Athena and Odysseus. In the poem, Athena disguised herself as one of Odysseus’ guest-friends, named Mentes. The disguise allowed her to encourage Telemachus to stand against the suitors and to start a search for his father. Odysseus, on the other hand, with the help of Athena, disguised himself as a beggar. Through this disguise, Odysseus can see the true colors of the suitors and his servants. According to scholars, deception, illusion, lying, and trickery are often admired in The Odyssey.

Spiritual growth is a central theme as it relates closely to the character growth of Telemachus. We can see how disappointed Telemachus is with the suitors’ bad behavior. Not only that, his position as the prince is also at risk. This forced Telemachus to grow up fast, and just like any youth in an epic story, he is faced with challenges but eventually prevails. In this poem, he successfully overcomes obstacles with the goddess Athena’s guidance and later survives the test of battle with the suitors and earns his father’s trust.

The Odyssey suggests that no relationship, not even the relationship between a husband and a wife, is much more important than a bond between a father and son. The world setting in which The Odyssey took place is indeed in a patriarchal world.

This meant that the best thing that a man could do is to pass his fame and the wealth that he has gained as a warrior on to his male lineage. This is best seen because to win fame and wealth, Odysseus had to leave Penelope and his child while following the patriarchal warrior code to join Troy’s battle.