Helios in The Odyssey: The God of Sun 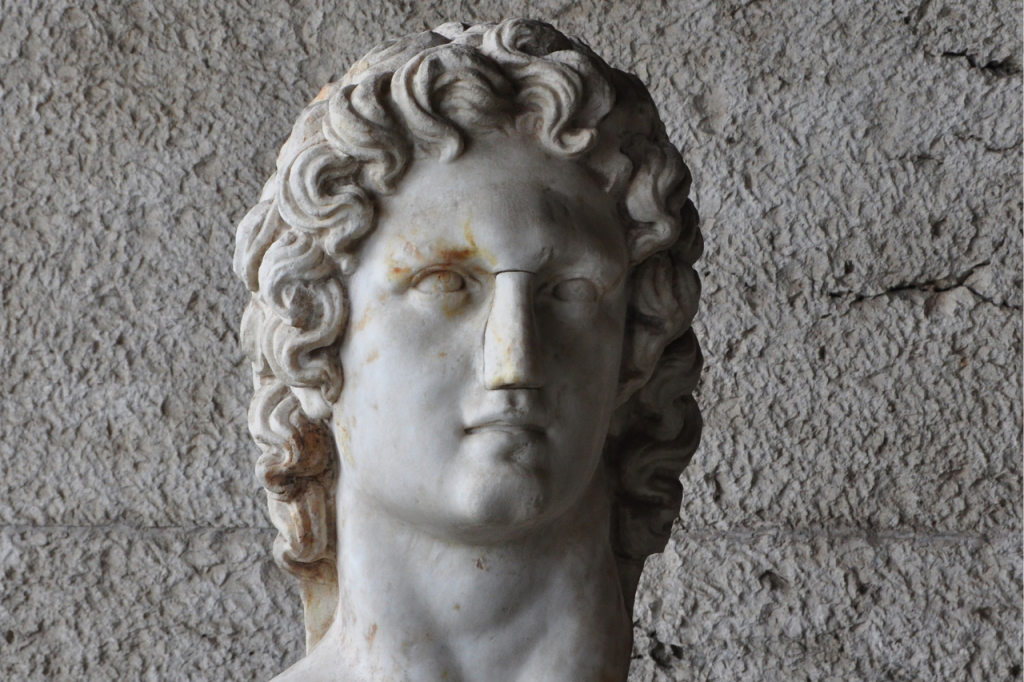 Often referred to as a titan, Helios in The Odyssey is a gentle god known to bring light onto the earth. He rides his chariot throughout the sky, bringing about the sun on his journey.

He is known to be an all-seeing god because his position in the sky gives him a view of the mortal realm. So how does one garner the ire of this gentle god? How did our hero, Odysseus, garner his anger?

To delve into this, we must consider Odysseus’ journey on his way home to Ithaca.

Who Is Helios in The Odyssey

The Journey of Odysseus

Following Odysseus’ journey, one is aware of his adventures on the island of the giants, Sicily, where he blinds Polyphemus and garners the hatred of the god of the sea, Poseidon.

The sea god makes his journey unbearable and incredibly tumultuous, so much as to call upon the waters to derail his journey home. Odysseus and his men then encounter Aiolos, the master of the winds, where our hero receives a bag of wind and once again sets sail.

Our war hero, traversing the sea once more, almost reaches Ithaca only to be derailed by the greed of one of his men. This man, believing that Odysseus received gold, forcefully comes for the bag and spills its contents, releasing the gifted winds.

The winds bring them back to Aiolos, who refuses to help them once more. Instead, they sail to a nearby island, the home of the Laistrygones.

Arriving at the island, Odysseus and his men soon find out the danger they unknowingly sought. They travel off and dock in Aeaea, home to the goddess Circe.

Here, the giants treated them as weak prey; his men were hunted and used as a means of competition for the Laistrygonians, hunting them for dinner. The Laistrygonians kill several of Odysseus’ men and destroy 11 ships, forcing them to retreat to the sea, dwindled in number and weak from exhaustion.

Cautious of the island, Odysseus sends his right-hand man with 12 soldiers to explore the isle. There they witness the beauty of Circe, dancing about and singing merrily.

The men eagerly seek her out, lowering their defenses, all but Eurylochus, Odysseus’ second in command. He witnesses his men turn into swine and fearfully rush back to Odysseus. Odysseus saves his men and becomes Circe’s lover.

Circe advises Odysseus to enter the underworld and seek Tiresias, the blind prophet. There, he was to ask for safe passage home, for after the ordeal with Polyphemus and his multiple challenges at sea, he was desperate for a safer way to return to Ithaca.

After living a year on Circe’s island, taking in the luxuries that come from being her lover, Odysseus finally journeys to the underworld to seek the blind prophet to ask for his wisdom. He was told to shun the island Thrinicia who houses great temptations to his men.

On this island, livestock known as Helios cattle resided; they were his sacred herd and should never be touched by mortal men. No wound nor hair of the divine livestock was to be taken, and if they were to land on Thrinicia, they were to leave the sacred livestock be, lest they suffer the anger of the young titan.

The Tragedy in Thrinacia 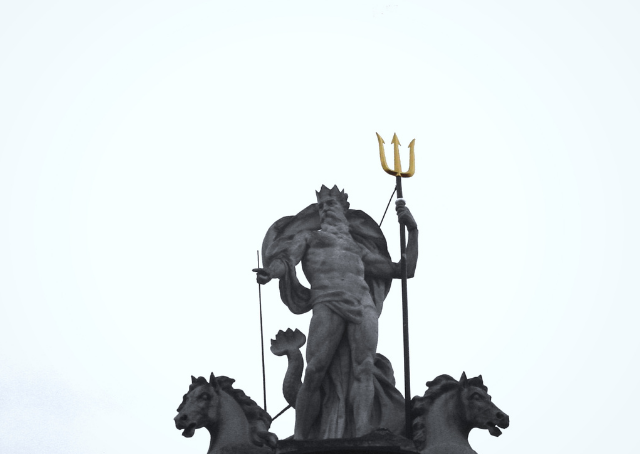 Eurylochus begs Odysseus to dock on a nearby island to rest and to prepare their supper. Arriving on the island, Odysseus warns his men to leave the cattle of the sun god be, never to touch them in any circumstance.

A month has passed since they docked in Thrinicia, and the storm sent their way seems to go on forever. They quickly run out of food and water, starving themselves for days with nothing but the cattle and livestock insight.

Odysseus decides to pray in the nearby temples, asking the gods for their divine mercy and help; he again warns his men to leave the cattle be and takes off in the direction of the temples. He prays to Zeus, the god of all gods, to allow them a safe passage of the island, and in return, the gods answer by putting him to sleep.

In that exact moment, Eurylochus, who could no longer take the hunger, persuades Odysseus’ men to slaughter the sun god’s cattle, offering the best one to the gods.

He says, “if he is somewhat wroth for his cattle with straight horns, and is fain to wreck our ship, and the other gods follow his desire, rather with one gulp at the wave would I cast my life away, than be slowly straightened to death in a desert isle.”

Unbeknownst to him, Lampetie, Helios’ daughter, resided on the island and cared for the divine cattle, witnessing their impiety.

Odysseus regains consciousness and journeys back to his ship, only to find out his men have slaughtered the Greek titan’s beloved cattle. He curses the gods who put him to sleep while his men foolishly go against his orders.

His shoulders sag in disappointment and fear of what’s to come. After days of feasting on Helios’ cattle, they once again set sail off the island, not knowing the danger Helios and his anger had in store for them.

Together with her sister Phaethusa, Lampeter resided in Thrinicia and cared for their father’s beloved cattle and livestock. They took care of almost 700 ageless animals altogether. Both sisters were taken by their mother, Neaera, to look after the divine animals and have remained there ever since.

Upon Odysseus and his men’s arrival, Helios’ daughters quickly hid, staying out of sight from the intruders. They go about their days avoiding the men and herding the animals. Once Odysseus’ men slaughter their charge, Lampetie immediately runs to her father, Helios, to tell him of the news. She informs him of how Odysseus’ men butcher his beloved cattle and even have the audacity to offer the best one up to the gods.

Upon hearing the news from his daughter, Helios could not contain his anger. He marches up to Zeus and the gods and demands punishment for the transgressions of Odysseus’ men. He threatens to drag the sun down to the underworld, shining a light on the souls of the dead if his cattle were not avenged.

He demands all the gods punish Odysseus’ men for quelling his anger, for his beloved cattle were slain mercilessly despite the forewarnings of both Tiresias and Circe.

Zeus heeds his warning and pledges to punish those who have caused him grief. On Odysseus’ journey off Thrinicia, he sends a thunderbolt their way, destroying his ship. Odysseus’ men all drown in the sea while Odysseus survives by swimming to the shores of Ogygia.

Despite having nothing to do with the death of the Helios cattle, Odysseus could not stop his men from committing such a sin. Therefore, Zeus imprisons him in Ogygia, where the nymph Calypso reigned.

The cattle of the sun god, also known as Oxen of the Sun, are said to be herded by Lampetie and her sister, Phaethusa. They herd seven flocks of cattle and seven herds of sheep, each numbering 50 heads, summing up the Sun god’s animals to 700 in total. Homer describes these immortal cattle as handsome, wide browed, fat, and straight horned in The Odyssey, emphasizing the perfection of these divine beings.

The cattle represent love and devotion. The god of the sun loved his animals dearly, enough for him to send his daughters to look after them and enough to garner his wrath once touched. Odysseus’ men, intoxicated by both temptation and Eurylochus’ sweet words, steal the cattle of the sun god, butchering them and offering the best one to try and amend their sins.

Zeus sends his thunderbolt to Odysseus’ ship in The Odyssey. This act symbolizes how the transgressions of Odysseus’ men have angered the gods. He failed to control his men and, in consequence, garnered the ire of multiple gods on his way.

The first this had occurred was on the island of the Cicones, where his men paid no heed to his warning resulting in the death of their brothers before fleeing to the seas.

The second defiance his men portrayed was on the island of Helios, where they brazenly defy Odysseus’ warnings. This resulted in their inevitable demise in the hands of the gods.

Zeus’ thunderbolt, Vajra, symbolizes the almighty power the gods hold. The god of thunder scarcely uses the Vajra, for the force it has is excellent enough to sink an entire island, but its significance is incredibly symbolic to the gods.

Using his almighty thunderbolt, Zeus signifies the importance of Helios’ anger and the importance of vengeance for his kin. With this, he has shown great favor to Helios and thus quelled the young titan’s anger.

Helios’ Role in The Odyssey

Helios from The Odyssey exudes elegance and grace, adorning the sky with the radiance and beauty of his sun. He prefers not to dirty his hands and instead have Zeus and the other gods seek vengeance in his stead.

His role in The Odyssey is that of a silent antagonist, one who indirectly causes our hero the most harm in the play. He has Zeus, the god of all gods, kill all of Odysseus’ men and have him imprisoned in Ogygia, derailing our hero’s return home for seven years.

While being merciful and impartial, the Greek god was also a devout lover of his prized possession, the oxen of the sun. His deep affection for the divine animals leads him to bitter anguish once they were slain in the hands of mere mortals, so much so as he threatened the gods to bring his son to the underworld, shining the warmth and light to the souls of the dead. 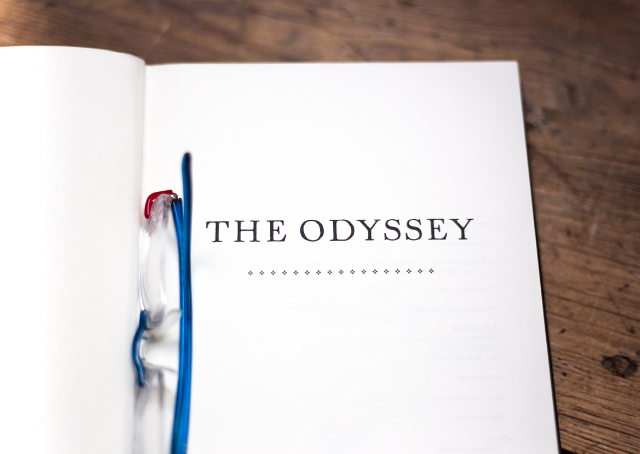 Now that we’ve talked about Helios, his cattle, and his anger, let’s go over some of the critical points of this article:

In conclusion, Helios, the god of the sun and one of the two remaining titans in Mount Olympus, held his cattle closely to his heart. So much so as the sin of slaughtering them had very grave consequences.

The men of Odysseus, led by hunger and temptation, enact the most extraordinary insolence any mortal could ever do against the Greek god. And so they were drowned to death while their leader, Odysseus, was imprisoned in Ogygia for several years, derailing his journey home.