Hades’ Powers: Must-know Facts About the God of the Underworld 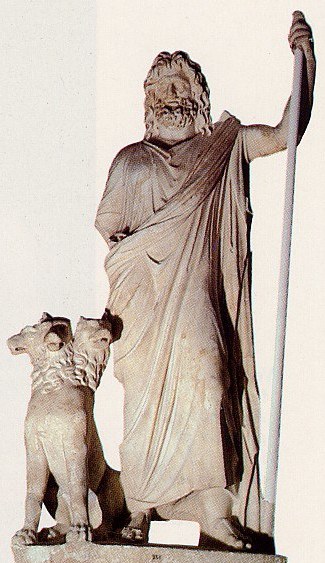 Hades is a unique figure in Greek mythology, as he is the only one of the key entities in Greek mythology that is not a part of the Twelve Olympians. Therefore he does not reside in Mount Olympus, unlike other well-known gods and goddesses such as Zeus, Athena Apollo or Aphrodite.  Hades lives where he reigns: the underworld, and much of his power is derived from the said underworld. The underworld, Hades’ kingdom, is sometimes referred to by his own name, Hades. Hades was known by the Romans by the name Pluto.

As the king of the underworld, Hades has complete control over its territory and the souls that inhabit it. Hades is known for not letting a single soul escape the underworld and punishing those who attempt to do so. Anyone who tries to save someone’s soul from the underworld would get punished as well. Hades wields extreme power in the underworld and all of its geography, which you can read more about below.

Besides that, Hades, like all major Greek gods and goddesses, is an immortal being. Hades is also the god of wealth or riches, which makes him control all the riches found on earth. Hades is known to be the wealthiest of all gods. He also has a helmet that makes him invisible, and Cerberus, the three-headed dog that stands guard at the underworld entrance.

Hades is one of the children of the Titan Cronos with his wife, Rhea. After receiving a prophecy that one of his children would take his place of power, Cronos began to swallow his children moments after they were born. Hades was actually the first of his children to get swallowed up, alongside his brother Poseidon and his sisters Hestia, Demeter and Hera. His brother Zeus was also supposed to be swallowed up by their father, but Rhea tricks the Titan into eating a rock instead of their son. Zeus then grows up to defeat Cronos and the Titans, saving his siblings in the process. The Titans were banished to living in Tartarus, which is located in the depths of the underworld.

After Cronos was defeated, the three brothers (Zeus, Poseidon and Hades) drew lots to see which portion of the world they would control. Poseidon drew the seas, Zeus drew the skies, and Hades drew the underworld. Because of that, Hades does not live with the rest of the Olympians at Mount Olympus since he has to keep guard of the underworld and its inhabitants.

The underworld is Hades’ domain, sometimes even being referred to by his name. It is the place where souls go after death. Much like the Judaeo-Christian hell, good and bad people each inhabit a different area of it. A central part of the underworld is its six rivers, each named after a different emotion associated with or related to death or the act of dying. The Styx is perhaps the most famous of these rivers, being known as the river of hatred. It is associated with the goddess of the same name.

Charon, one of the most prominent figures of the underworld, is the ferryman who carries the souls of those who have recently passed away across the river Styx (or sometimes Acheron). It was a legend that Charon asked for a coin as the price for his ferryman services, which is why the Greeks had the custom of burying their dead with a coin in their mouths, as a sort of religious rite.

The underworld is divided into sections. At the front of its entrance live the embodiments of many of the terrible things we as mortals face each day, such as Grief (Penthos), Fear (Phobos), Hunger (Limos) and Death (Thanatos). There is also War (Polemos) and Discord (Eris), alongside the Furies (Erynies), known as deities of vengeance. There are also many beasts living close to the entrance, like Centaurs, Gorgons, the Hydra and the Chimera.

The Asphodel Meadows is a sort of purgatory, the place for people who did not commit any serious crimes but did not achieve any greatness during their lifetimes. Finally, Elysium is akin to a paradise, where souls have an easy afterlife, free of punishments or labors. Most accepted to Elysium are demigods or heroes, but those who were pure in their hearts and lived a righteous and just life are also accepted.

One of Hades’ strongest powers is the ability to make himself invisible. These powers of invisibility are not innate to his being but rather powered by a cap (sometimes referred to as a helmet or helm). It is said that the Cyclops, after bestowing a lightning bolt upon Zeus, the god of thunder, and a trident upon Poseidon, the god of the seas,  then gave Hades the helmet of invisibility. The Cyclops has the brothers these items to aid them in their battle against the Titans.

The helmet of invisibility makes the wearer invisible to ordinary beings and supernatural entities and deities. Within Greek mythology, many famous figures have worn the same helmet in situations of combat. Athena, the goddess of wisdom and strategy, wore it during the Trojan War. In contrast, the messenger of the gods, Hermes, wore the invisible cap in his battle against the giant Hippolytus.

Perhaps the most famous story about Hades’ helmet of invisibility and its use is not one featuring a god, but rather a hero: Perseus, the son of Zeus with the mortal Danäe (making him a demigod and Hades’ nephew). Perseus’ most famous heroic deed is the slaying of Medusa, a Gorgon, by beheading. He also saved Andromeda from the sea monster Cretus, who Poseidon sent. Afterwards, Perseus marring her and made her his queen.

Perseus received the helmet of invisibility from Athena, the goddess of wisdom. Also, from Athena, he received Hermes’ winged sandals. She grants both of these magical weapons to Perseus to aid him in fighting against the terrible Medusa. The cap of invisibility was not used to escape from Medusa’s deadly gaze, but rather as a means to escape after Perseus had already beheaded the Gorgon. 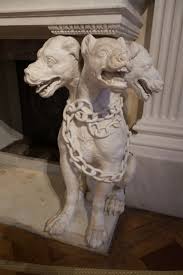 Another symbol associated with Hades is the three-headed dog Cerberus, which has the job of guarding the entrance of the underworld and stopping any soul from getting out or any living being from getting in. The hero Orpheus was able to get into the underworld by charming the beast with music. Cerberus is usually described as having three heads, a serpent in place of his tail and snakes coming out of various parts of his body. Cerberus is also known as the hound of Hades. The ancient poet Hesiod claimed that Cerberus had fifty heads instead of just three.

The most famous myth involving Cerberus is that of Heracles’ twelve labors, in which the very last of the labors was to capture Cerberus, the guard of the underworld. He was assisted by Hermes and Athena. Upon entering the underworld and asking Hades for his permission to bring the beast to the surface, Hades gave his word that we would allow it as long as Heracles did not make use of any weapons to do so. The hero then bravely overpowered Cerberus with his bare hands and carried it to the surface on his back.

Eurystheus, Heracles’ cousin, was the one who gave Heracles the twelve labors after the Heracles, in a madness driven by Hera, murdered his own family. The twelve labors were, therefore, to serve as Heracles’ penance. Upon seeing Cerberus on the back of Heracles, Eurystheus begged him to return the beast to the underworld, offering to release Heracles from any further labors.

The weapon that is most often associated with Hades, alongside the already mentioned cap of invisibility, is his bident, which we would normally perceive as a pitchfork. Poseidon, the god of the seas and earthquakes and Hades’ brother had a trident, while Zeus, the god of the skies and thunder and another brother of Hades, has a lightning bolt. The lightning bolt can be seen, superficially, as having one prong or as being a sort of “unident.” This means that each brother has his own unique tool with a different number of prongs; one for Zeus, two for Hades, and three for Poseidon.