Sophocles (Sophokles) was the second of the three great ancient Greek tragedians (after Aeschylus and before Euripides) whose work has survived. Only seven of his 123 plays have survived in a complete form but, for almost fifty years, he was the most-awarded playwright in the Dionysia dramatic competitions of the city-state of Athens. Sophocles was an important influence on the development of the drama, most importantly by adding a third actor (and thereby reducing the importance of the Chorus in the presentation of the plot) and by developing his characters to a greater extent than earlier playwrights such as Aeschylus. 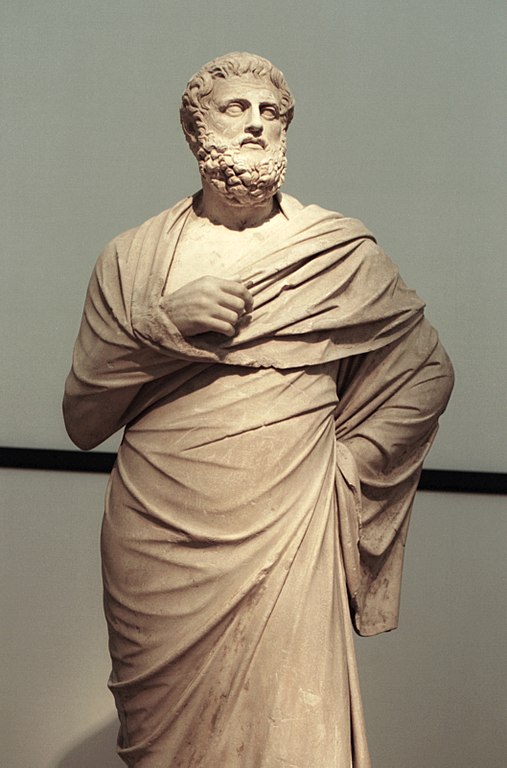 Sophocles was born in about 496 BCE, the son of Sophillus, a wealthy armour manufacturer in the rural community of Hippeios Colonus in Attica, just outside Athens, which would later become a setting for at least one of Sophocles’ plays. His artistic career began in earnest in 468 BCE when he took first prize in the Dionysia theatre competition over the reigning master of Athenian drama, Aeschylus.

He became a man of importance in the public halls of Athens as well as in the theatres, and he was elected as one of ten strategoi, high executive officials that commanded the armed forces, as a junior colleague of Pericles. In 443 BCE, he served as one of the hellenotamiai, or treasurers of Athena, helping to manage the finances of the city during the political ascendancy of Pericles, and in 413 BCE, he was elected one of the commissioners crafting a response to the catastrophic destruction of the Athenian expeditionary force in Sicily during the Peloponnesian War.

Sophocles died at the venerable age of ninety in 406 or 405 BCE, having seen within his lifetime both the Greek triumph in the Persian Wars and the terrible bloodletting of the Peloponnesian War. His son, Iophon, and a grandson, also called Sophocles, followed in his footsteps to become playwrights themselves.

Among Sophocles’ earliest innovations was the addition of a third actor (an idea which the old master Aeschylus himself also adopted towards the end of his life), which further reduced the role of the Chorus and created greater opportunity for the deeper development of character and additional conflict between characters. Most of his plays show an undercurrent of fatalism and the beginnings of the use of Socratic logic in drama. After Aeschylus’ death in 456 BCE, Sophocles became the pre-eminent playwright in Athens. 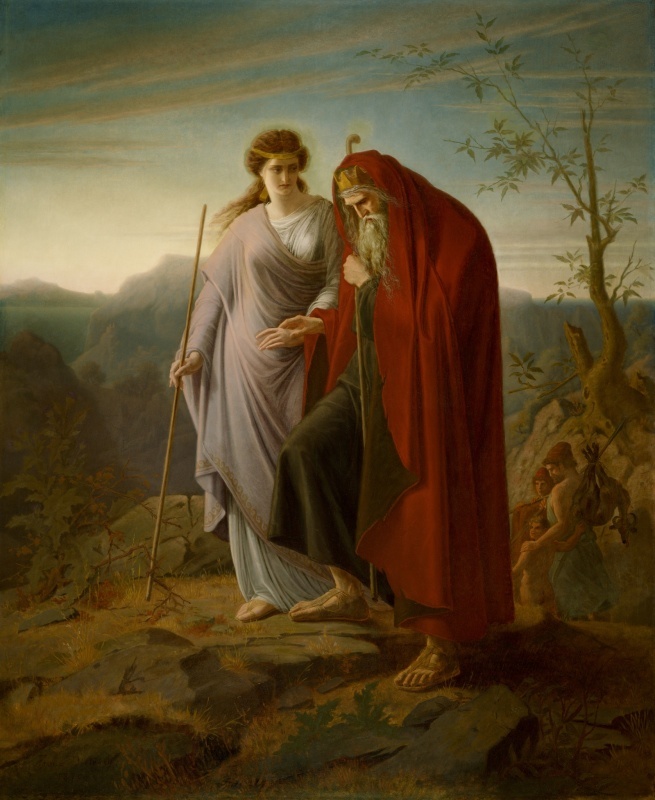 Sophocles respected Aeschylus enough to imitate his work early on in his career, although he always had some reservations about his style. However, Sophocles went on to a second stage which was entirely his own, introducing new ways of evoking feeling out of an audience, and then a third stage, distinct from the other two, in which he paid more heed to diction, and in which his characters spoke in a way that was more natural to them and more expressive of their individual character feelings.

Only seven plays of his prodigious output have survived in a complete form: “Ajax”, “Antigone” and “The Trachiniae” from among his early works; “Oedipus the King” (often considered his magnum opus) from his middle period; and “Electra”, “Philoctetes” and “Oedipus at Colonus”, which were probably written during the latter part of his career. The three so-called “Theban plays” (“Antigone”, “Oedipus the King” and “Oedipus at Colonus”) are perhaps the best known, although they were written separately over a period of about 36 years and were never intended to form a consistent trilogy.

Fragments of many other plays by Sophocles also exist, in varying sizes and conditions, including fragments of “Ichneutae” (“The Tracking Satyrs”), the best preserved satyr play after Euripides‘ “Cyclops” (a satyr play is an ancient Greek form of tragicomedy, similar to the modern-day burlesque style).