“Ion” is a tragedy by the ancient Greek playwright Euripides, thought to have been written between about 414 and 412 BCE. It describes the tale of the orphan, Ion, eponymous forefather of the Ionian race, as he discovers his true origins and parentage after being abandoned as a child. 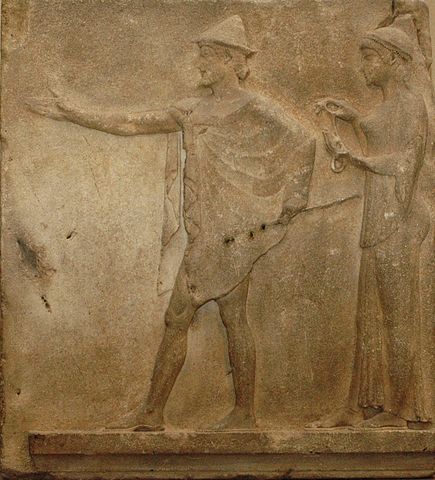 The play begins with a prologue by the messenger god Hermes, who explains some of the background to the play, in particular how he had once rescued a child (at Apollo”˜s request) which had been left to die of exposure on a mountainside, and delivered him to the temple of Apollo in Delphi, where he grew up as an orphan under the care of the Pythian Priestess.

A middle-aged Athenian woman, Creusa (Kreousa), along with her handmaidens who make up the Chorus of the play, arrives at the temple of Apollo at Delphi. She is there to seek a sign from the oracles as to why, as she approaches the end of child-bearing age, she has so far been unable to have a child with her husband Xuthus (Xouthos).

She briefly meets the orphan, now a young man, outside the temple, and the two talk about their respective backgrounds and how they came to be there, although Creusa carefully disguises the fact that she is actually speaking of herself in her story.

The Chorus, however, is unable to keep this secret and, after some bad advice from her old servant, the angry and jealous Creusa decides to murder Ion, whom she sees as evidence of her husband’s infidelity. Using a drop of Gorgon’s blood she inherited, she has the servant attempt to poison him, but the attempt fails and she is found out. Creusa seeks protection in the temple, but Ion goes in after her seeking revenge for her attempt to murder him. 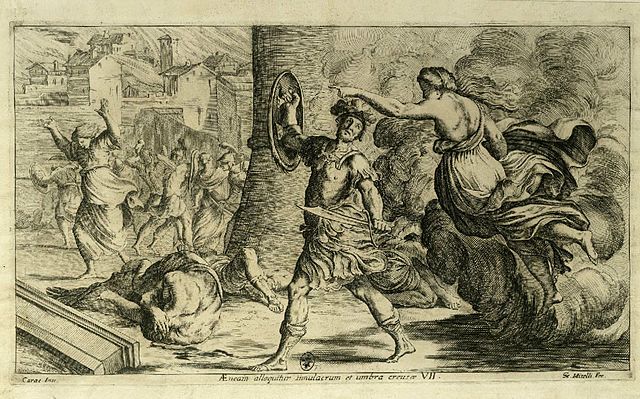 In the temple, Apollo’s priestess gives clues as to Ion‘s true origins (such as the items of clothing he was found in, and the symbols of protection that were left with him) and eventually Creusa realizes that Ion is in fact her lost son, conceived with Apollo and left to die many years ago. Despite the unfortunate circumstances of their reunion (their attempts to kill each other), they are overjoyed with the discovery of their true connection and make up.

At the end of the play, Athena appears and puts any doubts to rest, and explains that the earlier false prophecy of Ion being Xuthus son was merely intended to give Ion a noble position, rather than being considered a bastard. She foretells that Ion will one day rule, and that his name will be given to the land in his honour (the coastal region of Anatolia known as Ionia).

The plot of “Ion” mixes together and interweaves several legends and traditions regarding the ancestry of Creusa, Xuthus and Ion (which, even in Euripides‘ time, were far from clear), several of the founding myths of Athens, and the time-honoured tradition of the royal infant who is abandoned at birth, grows up abroad, but eventually comes to be recognized and reclaims his rightful throne.

Euripides was therefore working from a loose mythological tradition which he adapted to fit contemporary Athenian circumstances. His addition of the connection with Apollo is almost certainly his own fabrication, purely for dramatic effect (although also in time-honoured tradition). They play is another example of Euripides‘ exploration of some of the lesser known tales, which he perhaps saw as giving him freer rein for elaboration and invention. 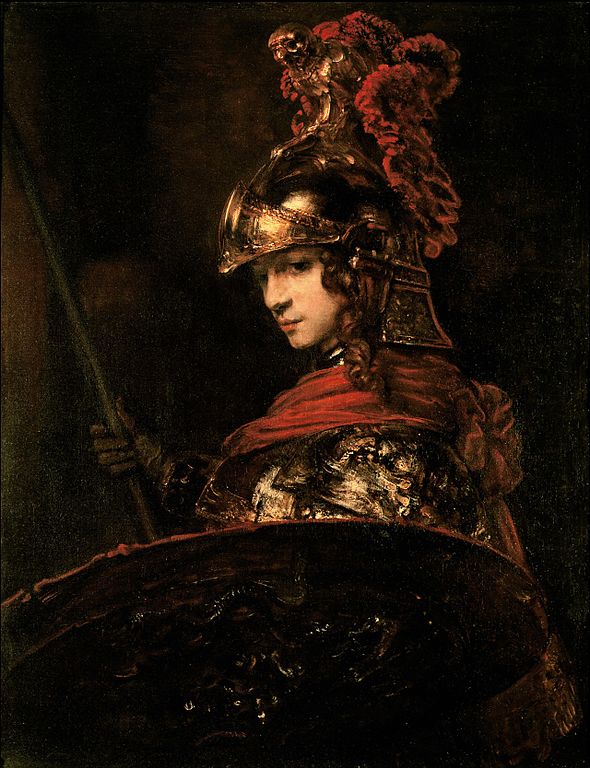 Some have argued that Euripides‘ chief motive in writing the play may have been to attack Apollo and the Delphic oracle (Apollo is portrayed as a morally reprehensible rapist, liar and cheat), although it is notable that the sanctity of the oracle is gloriously vindicated at the close. It does certainly include the trademark Euripidean fallible gods, unlike the much more pious works of Aeschylus and Sophocles.

Despite the rather facile use of the “deus ex machina” in Athena’s appearance at the end, much of the play’s interest derives from the skilful complexity of the plot. As in many of Euripides‘ middle and later plays (such as “Electra”, “Iphigenia in Tauris” and “Helen”), the story of “Ion” is built around two central motifs: the belated recognition of long lost family members, and a clever intrigue or scheme. Also, as in several of his other later plays, nothing essentially “tragic” takes place in the play, and an old slave plays a prominent role, which can be seen as Euripides foreshadowing and working toward what will later become known as the “New Comedy” dramatic tradition.

However, aside from the plot, “Ion” is often considered one of the most beautifully written of Euripides‘ plays, despite its poor reception in antiquity. The fine conception of the leading characters and the tenderness and pathos of some of the scenes give a peculiar charm to the whole composition. Through the story of a divine rape and its consequences, it asks questions about the justice of the gods and the nature of parenthood, and is quite contemporary in its concerns.