“Ecclesiazusae” (Gr: “Ekklesiazousai”), also known by the titles “The Assembly Women”, “The Congress Women” or “Women in Parliament” among others, is a late comedy by the ancient Greek playwright Aristophanes, dating from 392 BCE. Similar in theme to his “Lysistrata“ in that a large portion of the comedy comes from women involving themselves in politics, the play is a satire on a communistic utopia enforced by the women of Athens under their leader Praxagora. 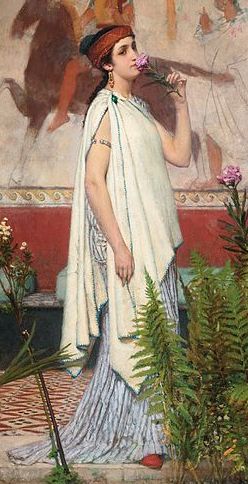 A group of women, led by the wise and redoubtable Praxagora, has decided that the women of Athens must convince the men to give them control of the city, as they are convinced they can do a better job. Disguised as men, the women sneak into the assembly and command the majority of votes needed to carry their series of revolutionary proposals, even convincing some of the men to vote for it on the grounds that it is the only thing they have not tried.

Once in power, Praxagora realizes that she has to come up with some novel and radical proposals. She and the other women then institute a communist-like government in which the state feeds, houses and generally takes care of every Athenian. Both property and women are to be henceforth held in common, and they enforce an idea of equality by allowing every man to sleep with every woman, so long as the man first sleeps with an ugly woman before he may sleep with a beautiful one.

All slaves are to be publicly owned, and are to to carry out the work currently done by poor people leaving everyone else to live a life of leisure. All individual households are to be knocked together to form a communal dwelling and all citizens are to dine at the public expense in the various public halls of the city, the particular place of each being determined by lot.

The play ends with a gigantic communal banquet (the elaborate menu of which is given in burlesque) and with the jubilation of the women over their triumphs. 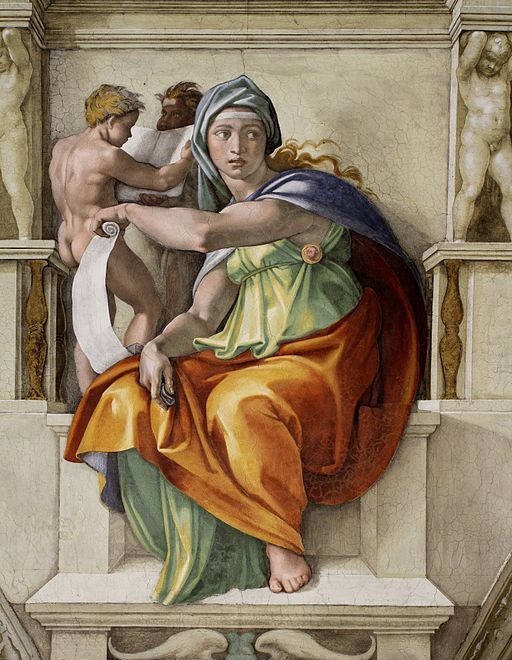 “Ecclesiazusae” was written towards the end of Aristophanes‘ life, around 392 BCE, after a 13 year gap in our knowledge of his work (although he continued to write during this time, the works are all lost). It is not considered one of his best plays, and perhaps lacks the wit and ingenuity of “Lysistrata“, the play which it most resembles.

It was written after the loss of the Peloponnesian War with Sparta in 404 BCE, the brief reign of terror under the Thirty Tyrants, the restoration of democracy under Thrasybulus in 403 BCE, the trial and execution of Socrates in 399 BCE, and the start of a new war with Corinth in 395 BCE. The so-called Golden Age of Athens was therefore long gone by the time this play was being written. Although democracy of sorts had been re-established, the idea of women participating in politics and citizenship, and the very title “The Women of the Assembly”, would have been considered an amusing oxymoron by the male Greek audience.

The “Republic” of Plato had been written, and probably delivered in the form of oral lectures at Athens, only two or three years before (even if it was not officially published until some twenty years later), and it had no doubt excited a considerable sensation. “Ecclesiazusae” is therefore probably at least as much a satire on the idea of an ideal republic founded upon communistic principles, as it is on the idea of women in politics. The Aristophanic and Platonic utopias share many aspects in common, including the community of property the community of women and sexual equality. Praxagora’s goal, however, unlike Plato’s, is increased democracy.

The strong, organized women in the play are contrasted with the effeminate and ineffectual men, which is Aristophanes‘ comment on the dissolute state of Athenian politics. As in “Lysistrata“, the women’s power is exercised both politically and sexually. 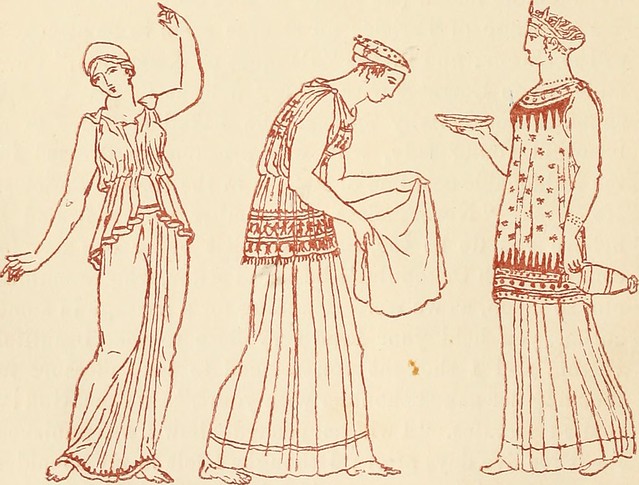 Although the play has traditionally trailed along in the shadow of plays like “Lysistrata“ and “Thesmophoriazusae“, it is more revolutionary technically than either of its predecessors, and it is sometimes considered a kind of missing link between the classical traditions of Old Comedy and New (or at least Middle) Comedy. The action moves along swiftly, especially given that the role of the Chorus has been reduced to practically nothing, although towards the middle of the play the action seems to grind to halt, and the humour begins to turn too much on a repetition of the same basic joke. Interestingly, Praxagora, the protagonist, baldly states in line 724 that, having launched her new social order and achieved her dream, she is now leaving the play. Although the succeeding scenes follow from her innovation, she does not actually control them, and one has the sense of the play losing its way and falling apart somewhat.

The play contains the longest word in Greek, transliterated as “lopadotemachoselachogaleokranioleipsanodrimupotrimmatosilphioliparomelitoaktakexhumenokich-
lepikossuphophattoperisteralektruonoptopiphallidokinklopeleioplagoosiraiobaphetragalopterugon”, which translates as the name of a dish compounded of all kinds of dainties, fish, flesh, fowl and sauces.