“The Birds“ (Gr: “Ornithes“) is a comedy by the ancient Greek playwright Aristophanes. It was first performed in 414 BCE at the City Dionysia festival, where it won second prize.

The story follows Pisthetaerus, a middle-aged Athenian who persuades the world’s birds to create a new city in the sky (thereby gaining control over all communications between men and gods), and is himself eventually miraculously transformed into a bird-like god figure himself, and replaces Zeus as the pre-eminent power in the cosmos. 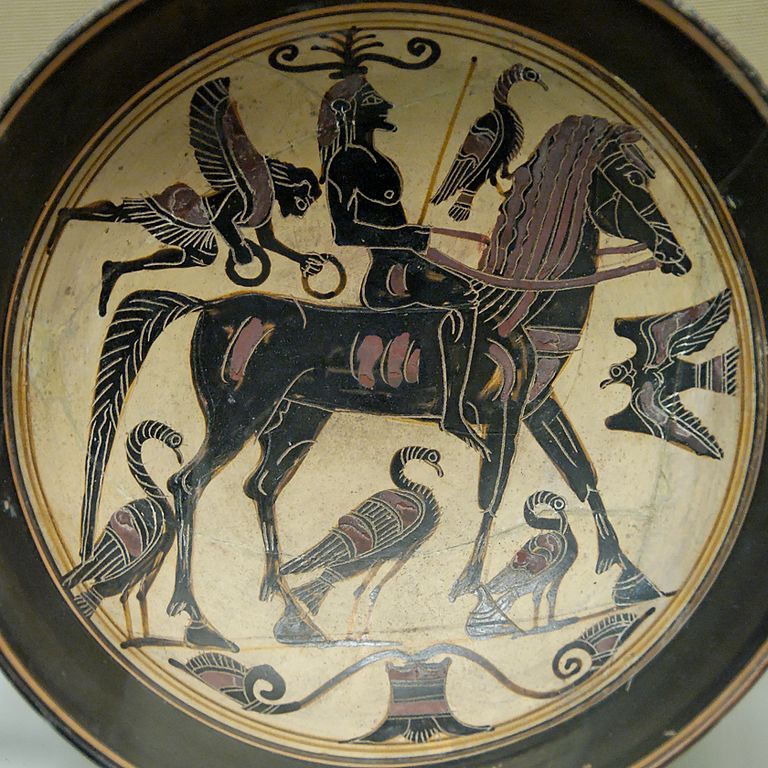 The play begins with two middle-aged men, Pisthetaerus and Euelpides (roughly translated as Trustyfriend and Goodhope), stumbling across a hillside wilderness in search of Tereus, the legendary Thracian king who was once metamorphosed into the hoopoe bird. Disillusioned with life in Athens and its law courts, politics, false oracles and military antics, they hope to make a new start in life somewhere else and believe that the Hoopoe/Tereus can advise them.

A large and threatening-looking bird, who turns out to be the Hoopoe’s servant, demands to know what they are up to and accuses them of being bird-catchers. He is persuaded to fetch his master and the Hoopoe himself appears (a not very convincing bird who attributes his paucity of feathers to a severe case of molting).

The Hoopoe tells of his life with the birds, and their easy existence of eating and loving. Pisthetaerus suddenly has the brilliant idea that the birds should stop flying about like simpletons and instead build themselves a great city in the sky. This would not only allow them to lord it over men, it would also enable them to blockade the Olympian gods, starving them into submission in the same way as the Athenians had recently starved the island of Melos into surrender.

The Hoopoe likes the idea and he agrees to help them implement it, provided that the two Athenians can convince all the other birds. He and his wife, the Nightingale, start to assemble the world’s birds which form into a Chorus as they arrive. The newly arrived birds are outraged at the presence of men, for mankind has long been their enemy, but the Hoopoe persuades them to give his human guests a fair hearing. Pisthetaerus explains how the birds were the original gods and advises them to reclaim their lost powers and privileges from the upstart Olympians. The audience of birds is won over and they urge the Athenians to lead them against the usurping gods.

While the Chorus delivers a brief account of the genealogy of the birds, establishing their claim to divinity ahead of the Olympians, and cites some of the benefits of being a bird, Pisthetaerus and Euelpides go to chew on a magical root of the Hoopoe that will transform them into birds. When they return, sporting a rather unconvincing resemblance to a bird, they begin to organize the construction of their city-in-the-sky, which they name “Cloud Cuckoo Land”.

Pisthetaerus leads a religious service in honour of birds as the new gods, during which he is pestered by a variety of unwelcome human visitors looking for employment in the new city, including a young poet looking to become the city’s official poet, an oracle-monger with prophecies for sale, a famous geometer offering a set of town-plans, an imperial inspector from Athens with an eye for a quick profit and a statute-seller. As these insidious interlopers try to impose Athenian ways upon his bird kingdom, Pisthetaerus rudely dispatches them.

The Chorus of birds steps forward to promulgate various laws forbidding crimes against their kind (such as catching, caging, stuffing or eating them) and advise the festival judges to award the play first place or risk getting crapped on. 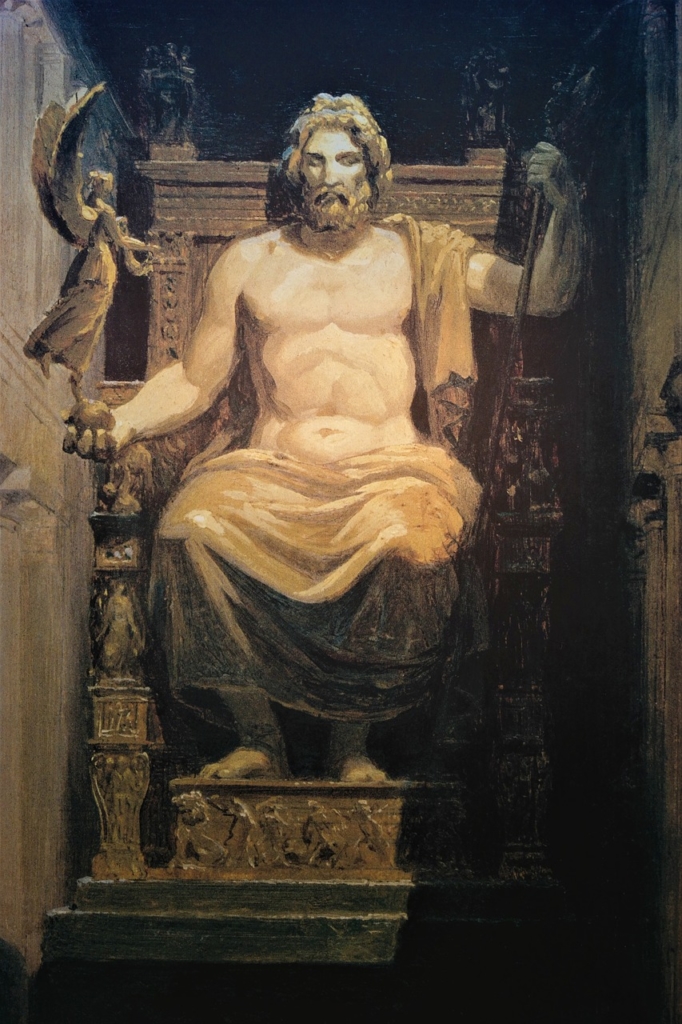 A messenger reports that the new city walls are already finished thanks to the collaborative efforts of numerous kinds of birds, but a second messenger then arrives with news that one of the Olympian gods has sneaked through the defences. The goddess Iris is caught and brought down under guard to face Pisthetaerus’ interrogation and insults, before being allowed to fly off to her father Zeus to complain about her treatment.

A third messenger then arrives to report that multitudes of unwelcome visitors are now arriving, including a rebellious youth who believes that here at last he has permission to beat up his father, the famous poet Cinesias babbling incoherent verse, and an Athenian sycophant in raptures at the thought of being able to prosecute victims on the wing, but they are all sent packing by Pisthetaerus.

Prometheus arrives next, hiding himself from his enemy Zeus, to let Pisthetaerus know that the Olympians are now starving because men’s offerings are no longer reaching them. He advises Pisthetaerus, however, not to negotiate with the gods until Zeus surrenders both his sceptre and his girl, Basileia (Sovereignty), the real power in Zeus’ household.
Finally, a delegation from Zeus himself arrives, composed of Zeus’ brother Poseidon, the oafish Heracles and the even more oafish god of the barbarian Triballians. Psithetaerus easily outwits Heracles, who in turn bullies the barbarian god into submission, and Poseidon is thus outvoted and Pisthetaerus’ terms accepted. Pisthetaerus is proclaimed king of the gods and is presented with the lovely Sovereignty as his consort. The festive gathering departs amid the strains of a wedding march. 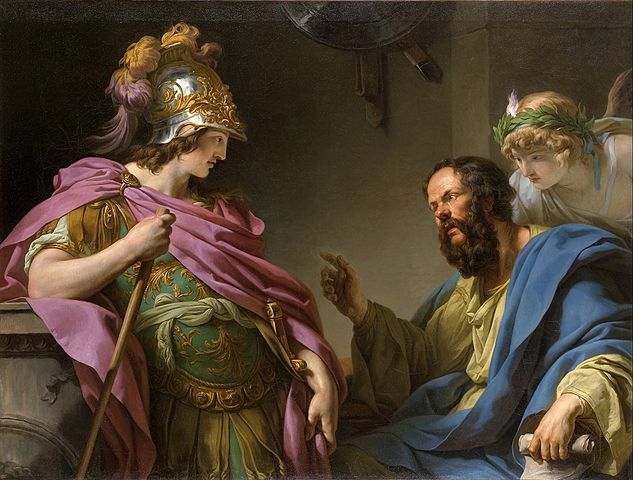 The longest of Aristophanes‘ surviving plays, “The Birds” is a fairly conventional example of Old Comedy, and has been acclaimed by some modern critics as a perfectly realized fantasy, remarkable for its mimicry of birds and for the gaiety of its songs. By the time of this production, in 414 BCE, Aristophanes had become recognized as one of Athens’ leading comic playwrights.

Unlike the author’s other early plays, it includes no direct mention of the Peloponnesian War, and there are relatively few references to Athenian politics, even though it was staged not long after the commencement of the Sicilian Expedition, an ambitious military campaign that had greatly increased Athenian commitment to the war effort. At that time, the Athenians in general were still optimistic about the future of the Sicilian Expedition, although there was still much ongoing controversy over it and its leader, Alcibiades.

The play has been extensively analyzed over the years, and a great number of different allegorical interpretations have been offered, including identification of the Athenian people with the birds and their enemies with the Olympian gods; Cloud Cuckoo Land as a metaphor for the over-ambitious Sicilian Expedition, or alternatively as a comic representation of an ideal polis; Pisthetaerus as a representation of Alcibiades; etc.

There is, however, another view, that the play is nothing more than escapist entertainment, a graceful, whimsical theme chosen expressly for the sake of the opportunities it afforded for bright, amusing dialogue, pleasing lyrical interludes, and charming displays of brilliant stage effects and pretty dresses, with no serious political motif underlying the surface burlesque and buffoonery. Certainly, it is in a lighter vein than is usual for Aristophanes, and is largely (although not completely) unconnected with contemporary realities, suggesting that it may just have been an attempt on the dramatist’s part to relieve the overwrought minds of his fellow citizens. 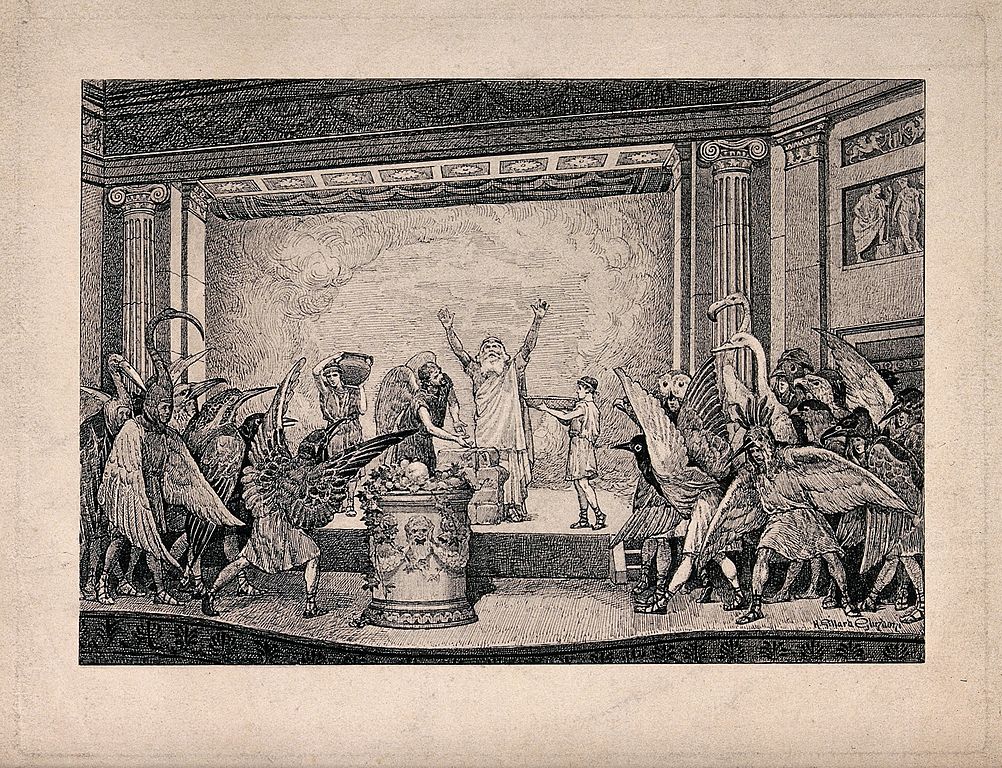 As with most Old Comedy plays (and particlarly Aristophanes‘) a huge number of topical references are incorporated into the play, including Athenian politicans, generals and personalities, poets and intellectuals, foreigners and historical and mythical figures.

The friendship between Pisthetaerus and Euelpides is portrayed quite realistically in spite of the unreality of their adventure, and is marked by their good-humoured teasing of each other’s failings and by the ease with which they work together in difficult situations (although this is largely due to Euelpides’ willingness to concede the initiative and leadership to Pisthetaerus). In this and other plays, Aristophanes demonstrates his ability to depict humanity convincingly in the most unconvincing of settings.