Are Zeus and Odin the Same? A Comparison of the Gods Odin and Zeus are some of the most recognizable names in mythology and pop culture as a whole. Both figures are featured in various media, such as books, videogames, television shows, comics, anime, and many more.  It is easy to mistake them from one another, so we’ll explain how the differences between them in this text.

To answer the question right away, Zeus and Odin are not the same, nor have they ever been thought to be the same entity at any point throughout history. Zeus is the king of the gods in Greek mythology, whilst Odin is the king in Norse mythology.

In Greek mythology, Zeus is the god of the sky, lightning, rain, storms, justice, law, and morals. The Romans also know him as Jupiter. He is the youngest son of the Titan Cronos, who, after receiving a prophecy that one of his children would take his place of power, begins to swallow his children moments after they are born. Saturn is the Roman name for Cronos.

After devouring his first five children, Cronos was tricked by his wife, Rhea, into eating a rock wrapped in cloth instead of a child. Rhea did this because she could not stand to lose any more of her children to Cronos. By tricking Cronos, she saved Zeus, who would later rescue his five siblings and take the Titans to War. After defeating the Titans, Zeus banished them to Tartarus, a place even beyond the Underworld.

The five siblings that Zeus rescues from the stomach of his father Cronos are also important and well-known figures in Greek Mythology: Poseidon, the god of the sea; Hades, the god of the underworld; Demeter, goddess of fertility and agriculture; Hestia, goddess of hearth and domestic life; and, finally, Hera, goddess of marriage, womanhood, family and Zeus’ wife.

Zeus is seen as the king of all Greek gods, and he also takes the role of a father, even by those that are not his natural children. He marries Hera, the goddess of marriage and his sister, conceiving with her Ares (the god of war), Hephaestus (the god of blacksmiths and artisans) and Hebe (the goddess of youth).

Zeus is also known for his numerous sexual affairs with both other goddesses and mortal women. This is ironic, being that Zeus is married to the goddess of marriage and monogamy, Hera. Much of Greek mythology’s most famous divinities and heroes were the offspring of Zeus’s extramarital affairs, such as Athena (the goddess of wisdom) and Apollo (the god of the sun and the arts).

Zeus resides, alongside the twelve Olympians, at Mount Olympus. The Twelve Olympians are a group of major Greek deities. Besides Zeus, the Olympians include Hera, Poseidon, Demeter, Hephaestus, Apollo and Athena, as well as Artemis (goddess of the wilderness, hunting, the moon, chastity), Aphrodite (goddess of love, sex, beauty), Hermes (messenger of the gods, protector of the travellers) and either Hestia (goddess of hearth and domestic life) or Dionysius (god of wine, fertility, theatre). Hades, another major Greek god and brother of Zeus and Poseidon, is omitted since he does not live at Mount Olympus but rather in the Underworld, where he reigns as king of the dead.

Zeus’ appearance is often that of a grown man with a grey beard and long curly grey hair. His most famous symbols are a thunderbolt and an eagle, his sacred animal. In terms of personality, he is often seen as lustful (because of his numerous affairs), selfish and arrogant. He is also angry and vengeful. For example, he left the Titan Prometheus to be tortured for eternity for stealing fire for the humans and imprisoning his father, Cronos, for all time in Tartarus, the deepest place in all of the Underworld.

Many of the most well-known figures in Greek mythology are the offspring of Zeus. This includes the gods’ Apollo (god of the sun), Ares (god of war), Dionysus (god of wine), Hephaestus (god of the blacksmiths) and Hermes (god of the travellers) and the goddesses Aphrodite (goddess of love), Athena (goddess of wisdom), Eileithyia (goddess of childbirth), Eris (goddess of discord) and Hebe (goddess of youth). Zeus is also the father of the heroes Perseus, who slew Medusa, and Heracles, who completed the twelve labors and is known as the greatest hero. Heracles is perhaps better known by his Roman name, Hercules. 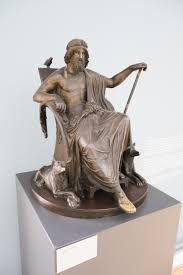 Odin, in Norse mythology, is mostly associated with battle, wisdom, magic and poetry. His existence predates the existence of the world as we know it. Odin, unlike Zeus, does not have any parents. According to the myth, Odin is also present from the beginning of the world to the very end. Odin, alongside his two younger brothers, Vili and Ve, kills the frost giant Ymir. After killing the giant, they use Ymir’s remains to form the universe.

Odin arranged the universe in a way that every living being would have their place. There are, in total, nine realms, all of which are held in the branches and roots of Yggdrasil, the eternal green tree that is the foundation of the whole world. The three main realms are Asgard (the home of the gods), Midgard (the realm of the humans) and Helheim (the home of those who died with no honor).

Odin lives in Valhalla, a majestic hall located in Asgard. He rules it alongside his wife, Frigg. It is said that Odin receives the dead warriors, alongside those who have died in combat, in Valhalla, where he prepares them for the final battle that will culminate at the end of the world as we know it, Ragnarök. Ragnarök is precisely why Odin is present at both the end and the beginning of the world, as the myth says that he will perish in the combat. According to myth, only when all is destroyed in Ragnarök will the world be made anew and better.

Ragnarök is marked as the combat between Odin, the gods and the rest of his army against the ruler of Helheim, Hel and her army of the those who died with no honor. Hel is the daughter of Loki, the god of mischief and chaos in Norse mythology. This is somewhat similar to the biblical story of Revelation, the last book of the Bible.

Odin’s most identifiable physical trait is that he is often portrayed as having only one eye. Despite being able to see the whole world at once, for Odin, that was still insufficient, as he wanted to have the wisdom of all the things that were hidden from view. Odin is often portrayed as being on a never-ending question for more wisdom, sometimes even growing obsessive over it.

In search of further wisdom, Odin went to Mimir’s Well, located at the world-tree Yggdrasil’s roots. Mimir, referred to as the counsellor of gods possessed an unparalleled amount of knowledge. He demands that Odin sacrifice an eye to be granted access to the waters which possess cosmic knowledge. Odin complies, gauging his own eye out and dropping it in the well, and then is granted access to all cosmic knowledge.

This myth is a fine example of Odin’s willpower and his desire for knowledge. Unlike the always angry Zeus, Odin is perceived as a more even-tempered god, even with his title of god of war and battle. In fact, Odin does not tend to participate in the battles themselves but rather gives strength and will to those warriors who fight in battle. Odin also does not display the same amount of lust as Zeus.

Odin, not being as lustful as Zeus, only has four sons, Baldr, Víðarr, Váli and Thor. Even though Odin is not known for his affairs, it is worth mentioning that not all of his children have the same mother. Baldr, the god of the light, is the offspring between Odin and his wife Frigg, while Víðarr, the god of revenge, is the son of Gríðr. Váli, a god about whom very little is written in the original texts, in the son of the giantess Rindr.

Finally, perhaps Odin’s most well-known offspring, Thor, is the son of Jörð. Thor is the god of thunder, just like Zeus. In fact, Thor and Zeus have many more similarities than Odin and Zeus, as Thor is often portrayed as angry and short-tempered, much like the Greek gods’ king.

Who is more powerful, Zeus or Odin?

This question might seem a bit troubling at first, but the answer is actually very straightforward. As mentioned in the Odin section, when Ragnarök comes, all the gods will perish, including Odin. That means that Odin is mortal and can die, while his immortality clearly defines Zeus. Zeus also has much more experience as a warrior on the battlefield than Odin does. While Odin has magic, Zeus could triumph over him with brute force and with his power of lightning.

Who is older, Zeus or Odin?

Since Odin is credited with having a hand in creating the world itself, it is safe to say that he is older than Zeus. However, the first written accounts of Zeus are much earlier than the first ones we have of Odin.

Zeus and Odin in popular culture

Zeus and Odin have been featured in numerous media over the years. Starting with Odin, perhaps his most well-known role is in Marvel’s movies and comic books. Several changes to the original myths were made in these adaptations, such as that Thor and Loki are raised as brothers (even though they make a point that Loki is adopted).

However, other elements in the Marvel adaptations are lifted straight from the original myths, such as Thor’s hammer Mjölnir and the rainbow bridge that connects our world (Midgard) to the god’s word (Asgard). In the movies, Odin is portrayed as a wise figure, an authoritarian king but with a soft side to him.

Greek mythology has been the basis for many well-known films, comics, books and more. Zeus, being a key figure in the mythology, often appears in some capacity in them. Some highlights include Disney’s Hercules, DC Comics’ Wonder Woman and The Clash of the Titans. 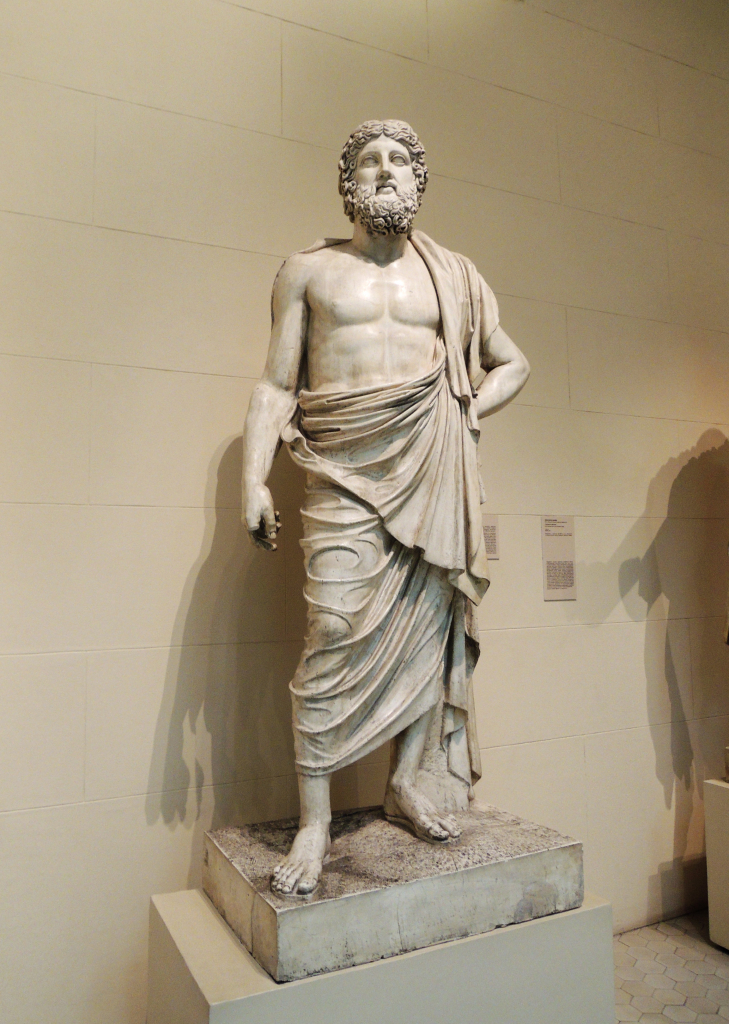 As far as books go, Rick Riordan is well known as an author who writes young adult novels inspired by all sorts of different myths, usually focusing on children or teenagers who are the offspring of gods and humans. Percy Jackson and the Olympians take on Greek mythology, while Magnus Chase is his Norse-inspired series.

The videogame franchise God of War is an interesting case since it first started as a series focused on Greek Mythology and then moved on to deal with Norse Mythology. In the first era of games, the player controls the Spartan main character Kratos in his plan to kill his former master Ares and becomes the new God of War, a path that eventually leads to Kratos killing Zeus.

The next era of games started in 2018 and see a change of setting, with Kratos now in the world of Norse mythology with his son Atreus. Various famous characters from the myth appear or are mentioned, such as Baldr, Frigg and Odin. At the end of the game, it is revealed that Kratos’s son is actually Loki, the god of mischief.

As we can see, Zeus and Odin are entirely different entities and not at all the same person. They have different origin stories, different powers and different myths. Both of them are worth studying independently, and comparing the stories is always an interesting thing to do.

Finally, seeing how the two great figures of mythology are constantly reinterpreted in different ways is also an entertaining endeavor.