Apollo in The Iliad – How Did a God’s Vengeance Affect the Trojan War? 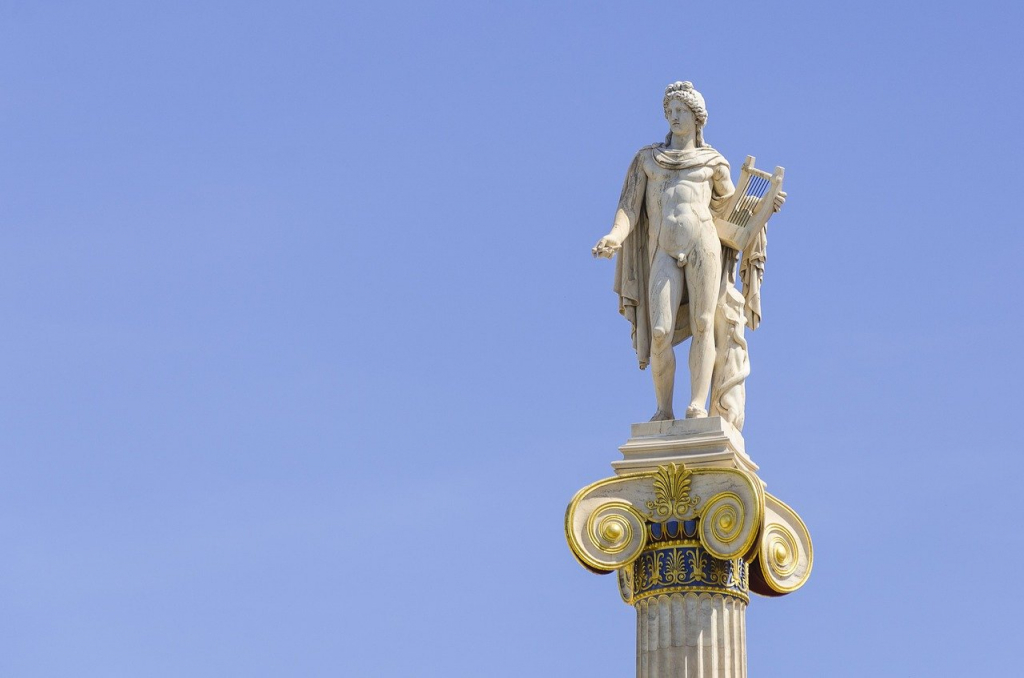 The story of Apollo in The Iliad is one of the acts of vengeance of a wrathful god and the effect it has on the course of the war.

The gods’ interference is a theme throughout the story, but Apollo’s actions, though they seem somewhat removed from the main war, are instrumental in how the plot plays out.

Apollo’s temper plays out into an important plot point that carries through the entire story and eventually leads to the downfall of several of the epic’s main heroes.

What Is the Role of Apollo in The Iliad?

How do all these tie together, and what is the role of Apollo in the Iliad?

Apollo was not only the god known for his masterful playing of the lyre and his skill with a bow. He was also the god of young men’s coming of age. His rituals associated with the initiation rites performed by young males as they sought to enter their role in the community and take on their civic responsibility as warriors.

Apollo was associated with tests of prowess and expressions of strength and virility. He was also known as the vengeful god of plagues, holding the balance of life and death in his hands.

Apollo’s vengeful nature and his ability to control plagues provided his influence in the Trojan war. Apollo is known as a proud god, not one who takes any insult to himself or his family lightly.

To set an example, he punished one woman for bragging about her fertility more than his mother Leto by killing all of her children. Therefore, it’s not surprising that he did not take exception when the daughter of one of his priests was taken prisoner.

What Was the Apollo Plague Iliad Plot Point?

The tale begins about nine years into the Trojan war. Agamemnon and Achilles, who were raiding and pillaging villages, enter the town of Lyrnessus.

They kill the entire family of princess Briseis and take her and Chryseis, Apollo’s priest’s daughter, as loot from their raids. Chryseis was given to Agamemnon to recognize his kingly place as the Greek troops’ head, while Achilles lays claim to Briseis.

Chryseis’ heartbroken father, Chryses, does all he can to get his daughter back. He offers Agamemnon a hefty ransom and begs for her return. Agamemnon, a proud man, has recognized her to be “finer than his wife” Clytemnestra, an assertion that was unlikely to make the girl popular in his household.

Desperate, Chryses makes sacrifices and prayers to his god, Apollo. Apollo, angry with Agamemnon for taking one of the stags on his sacred lands, responded to Chryses pleas with vigor. He sends a plague upon the Greek army.

It starts with the horses and cattle, but soon the troops themselves began to suffer under his wrath and died. Finally, Agamemnon is forced to give up his prize. He returned Chrysies to her father.

In a fit of anger, Agamemnon insists that his place must not be disrespected and demands that Achilles give him Briseis as a consolation for his loss so that he can save face before the troops. Achilles was also furious but concedes. He refuses to fight further with Agamemnon and retreats with his men to his tents near shore.

Who Are Apollo and Achilles and How Do They Impact the War? 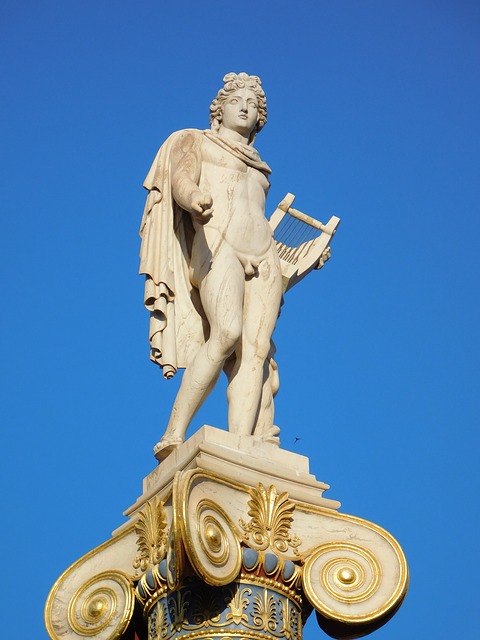 Apollo is one of the many children of Zeus and one of the myriads of gods who take an interest in human activities in the epic Iliad. Although he is less actively involved than Athena, Hera, and others, his role may be more significant than those who took up weapons in the human battle.

Apollo’s story doesn’t seem to paint him as a typical vengeful god. He was born to Zeus and Leto with his twin brother Artemis. His mother raised him on the barren Delos, where she retreated to hide from Zeus’ jealous wife, Hera.

There, he received his bow, crafted by Mt. Olympus’ craftsman, Hephaestus, the very same one who crafted Achilles’ armor.

Later in mythology, he is the god who guided the fated arrow that struck Achilles’ vulnerable heel, killing the almost immortal. Aside from that single incident, their relationship is mostly incidental. Apollo’s influence over Achilles’ behavior was secondary due to Agamemnon’s response to his interference.

For Apollo, Trojan War offered a chance to get even with the arrogant Achaean who disrespected his temple, as well as an opportunity to join his fellow gods in tormenting Humans and interfering in their affairs.

Achilles is the son of a mortal man, Peleus, king of Phthia and Thetis, a nymph. Desperate to protect her newborn from the perils of the mortal world, Thetis dipped Achilles into the River Styx as an infant, infusing him with its protection.

The only vulnerable spot left is his heel, where she gripped the baby to accomplish her bizarre task. Achilles was charmed from even before his birth. His mother, Thetis, was being pursued by both Zeus and his brother Poseidon for her beauty. Prometheus, a seer, warned Zeus of a prophecy that Thetis would bear a son that was “greater than his father.” Both gods withdrew from their amorous pursuit, leaving Thetis free to marry Peleus.

Thetis did all she could to prevent Achilles’ entrance into the war. Warned by a seer that his involvement might lead to his death, Thetis hid the boy on Skyros in the court of the king Lycomedes. There, he was disguised as a woman and hidden among the court’s ladies.

However, the clever Odysseus revealed Achilles. He then fulfilled his vow and joined with the Greeks in the war. Like many of the other heroes, Achilles was bound by the Oath of Tyndareus. The father of Helen extracted the oath from each of her suitors.

Advised by Odysseus, Tyndareus asked of each suitor that they would defend her eventual marriage against any interference, ensuring the powerful suitors wouldn’t fall to war among themselves.

Apollo Appearance in The Iliad

Apollo appears near the beginning of the epic when he brings his plagues upon the Achaean army. His plague, however, is not his last interference in the war.

As the epic unfolds, his interference with Agamemnon’s claim on the slave girl Chryseis indirectly influences Achilles’ decision to leave the battle field. Deprived of his prize, Achilles retreats from the fighting, and refuses to rejoin until his friend and mentor, Patroclus, is killed by the Trojan prince, Hector.

Following his lifting of the plague, Apollo isn’t directly involved in the war until Book 15. Zeus, angry at Hera and Poseidon’s interference, sends Apollo and Iris to assist the Trojans. Apollo helps fill Hector with new strength, allowing him to renew the attack on the Achaeans. Apollo further interferes by knocking down some of the Achaean fortifications, giving the Trojans a tremendous advantage.

Unfortunately for Apollo and the other gods who had taken Troy’s side, the renewed attack from Hector triggered Patroclus’ plea to Achilles to allow him to use his armor. Patroclus proposed to wear Achilles’ armor and lead the troops against the Trojans, instilling the horror of the great warrior coming against them. Achilles reluctantly agreed, only to defend his encampment and boats. He warned Patroclus to drive the Trojans back but not to pursue them beyond that.

Patroclus, excited by his plan’s success, and in a haze of glory-hunting, pursued the Trojans back to their walls, where Hector killed him. Patroclus’ death triggered Achilles’ re-entry to the war and spelled the beginning of the end for Troy.

Apollo is an iconic figure throughout the war, siding against his sister Athena and mother Hera in favor of his half-sister Aphrodite.

The three goddesses had been involved in a dispute over who was the fairest. The Trojan prince Paris had chosen Aphrodite as the winner of the contest between the three, accepting her bribe. Aphrodite had offered Paris the love of the most beautiful woman in the world—Helen of Sparta.

The offer beat out Hera’s offer of great power as a king and Athena’s offer of skill and prowess in battle. The decision irked the other goddesses, and the three ranged against one another, choosing opposite sides in the war, with Aphrodite championing Paris and the other two siding with the invading Greeks. 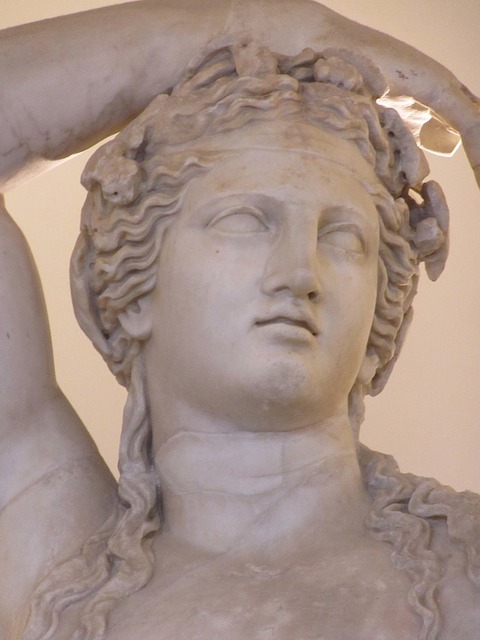 Apollo returns in Book 20 and 21, participating in the assembly of the gods, though he refuses to answer Poseidon’s challenge to fight. Knowing that Achilles will decimate the Trojan troops in his fury and grief over his friend’s death, Zeus permits the gods to interfere in the battle.

They agree among themselves not to interfere, preferring to watch. Apollo, however, convinces Aeneas to battle Achilles. Aeneas would have been killed if Poseidon didn’t interfere, sweeping him off the field of battle before Achilles can strike the fatal blow. Hector steps up to engage Achilles, but Apollo convinces him to stand down. Hector obeys until he sees Achilles slaughtering the Trojans, forcing Apollo to rescue him again.

To prevent Achilles from overrunning Troy and taking the City before its time, Apollo impersonates Agenor, one of the Trojan princes, and engages in hand-to-hand combat with Achilles, preventing him from chasing the hapless Trojans through their very gates.

Throughout the epic, Apollo’s actions directly or indirectly influenced the outcome of the story. His decisions eventually led to the death of Hector and the fall of Troy despite his efforts to defend the City.