Anticlea in The Odyssey: A Mother’s Soul

Anticlea in The Odyssey has a brief yet impactful role in the play; she was a mother who met her demise waiting for her son’s return home to Ithaca.

But how did her character come into play in The Odyssey?

Her appearance in the Greek classic comes about during Odysseus’ journey home.

After escaping the island of the Cyclops’, Odysseus and his crew ventured off, arriving in the home of Aeolus. Aeolus, the king of the winds, gifted them a bag of all the winds and set about westerly winds to guide them home.

Within ten days of travel, they finally catch sight of Ithaca, but one of Odysseus’ men rips the bag open during their journey home, releasing solid gusts of wind and rerouting their ship back to Aeolia.

Aeolus refuses to help them a second time. He was confident that Odysseus had angered the Gods and was in fear of catching their ire. Desperate to return home, Odysseus and his men row themselves into the island of the Laestrygonians, whose king and queen scout them for dinner. Only Odysseus’ ship can escape, and they set off to the Island of the Goddess Circe.

Odysseus arrives on Circe’s island, sending 22 men, led by Eurylochus, to explore the land. In their exploration, they arrive at Circe’s castle and see the goddess singing and dancing.

The men eagerly rush towards the beautiful lady, unaware of the danger they are to face. Eurylochus, a man described to be cowardly, stayed behind in contemplation and witnessed his men turn into pigs. Terrified, he runs back to their ship and informs Odysseus of what happened.

With Hermes’ advice, Odysseus ingests a herb to immunize him from Circe’s drug and demands that his men be brought back to their human selves. Odysseus becomes Circe’s lover and lives in luxury for a year until his men persuade him to return home. He asked Circe for safe passage and was told to venture into the underworld to seek out Tiresias, the blind prophet.

Who Is Eurylochus in The Odyssey? 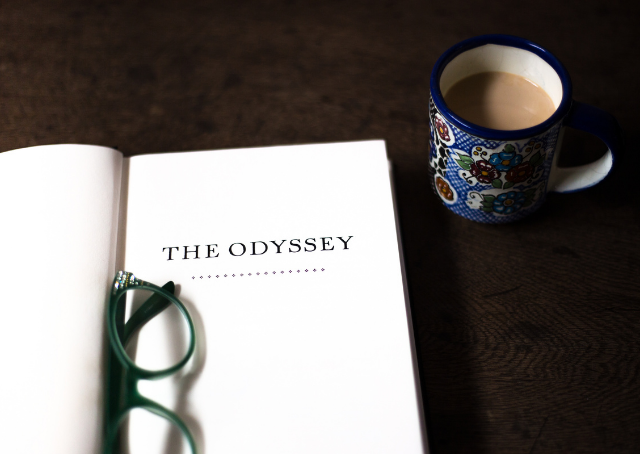 As mentioned above, Eurylochus, husband of Ctimene and the second hand of Odysseus, is described as a cowardly man that causes tragedy within Odysseus’ fleet. His first appearance was on the island of Circe, where his cowardly nature allowed him to escape Circe’s clutches and warn Odysseus of his men’s fate. Although he begged Odysseus to leave the men behind, the men he had so eagerly forsaken were saved in the end.

His foolishness is seen again on the island of Helios. Odysseus ventures off to find a temple, leaving Eurylochus in charge. Unfortunately, because they had been starving for a few days, Eurylochus convinces the men to slaughter some of the cattle in the land despite Tiresias’ warning. Angered by this, Zeus kills them all and entraps Odysseus in Calypso’s island.

Odysseus’ Travel to the Underworld

Odysseus then travels to the sunless realm, the farthest region of the deep-flowing ocean, where he unsheathed his sword and took a post in the pit of blood, not allowing any spirit to drink of this blood before he has spoken with the blind prophet Tiresias.

The first soul he meets is Elpenor, the youngest of his crew; he had gotten drunk the night before and fell off a roof; he asks Odysseus to give his body a proper burial before leaving the goddesses’ island.

Odysseus meets Tiresias next and is told of his fate to reclaim both the throne and his wife in Ithaca. He is advised to travel to Helios’s island and is warned never to touch the flock residing in the land.

After Tiresias leaves, Odysseus’ mother, Anticlea, appears before him and informs him of the events happening in Ithaca. She tells him how she grieved the years Odysseus was away and died from melancholy waiting for his return home.

Odysseus meets with various people in the underworld and is soon mobbed by souls asking about their relatives from the above-ground; frightened by this, the young lad runs back to his ship and sails away.

What Is Anticlea’s Role in The Odyssey?

Anticlea, the mother of Odysseus, plays a prophet-like role in The Odyssey. She looks out for her son by informing him of the events happening in Ithaca. She warns her son of her wife’s suitors and how Telamechus is eager to send them away and struggles to keep them at bay. She also informs him about his father and how he’d been living as a peasant due to his deep sorrow.

Odysseus laments this and wishes to hug his mother, but as he tries to, Anticlea. She tells him that she’s but a soul with no longer a body to hold, and in so, cannot be held in her son’s arms. Frustrated by this, Odysseus agonizes over his lack of power to protect his loved ones and is instead riddled with tragedy.

Anticlea acts as an anchor for Odysseus. She brings him down from the high he’s felt living in luxury on Circe’s island. She gives him a solid resolve to go back to his wife and land, and because of this, he is desperate to return home. 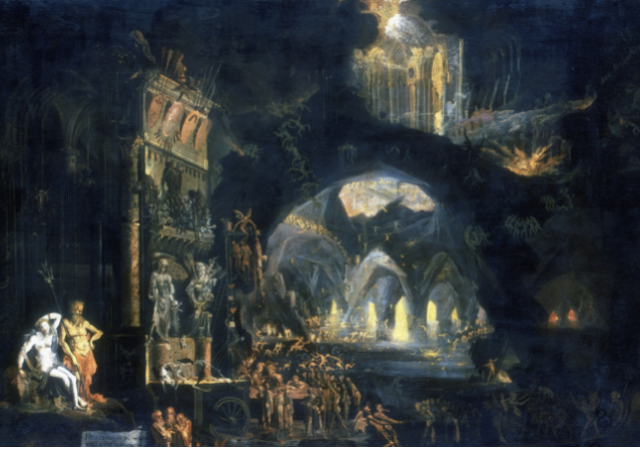 Now that we’ve talked about Odysseus, his journey home, Anticlea, and her role in The Odyssey, let’s go over the significant points of this article:

In summary, Anticlea in The Odyssey is portrayed as a loving mother and anchor to her son. She brings him back to reality and allows him to re-energize his resolve to head home and sort the mess in Ithaca.

So there you have it! A partial summary of Odysseus’ return home, Anticlea and her role in The Odyssey and how she revitalized Odysseus’ desire to come home.