“The Bucolics” (Lat: “Bucolica”), also known as “The Eclogues” (Lat: “Eclogae”), is a collection of ten pastoral poems by the Roman poet Vergil (Vergil). It was Vergil’s first major work, published in 37 BCE. The haunting and enigmatic verses on rustic subjects provided the inspiration for the whole European tradition of pastoral poetry, but their political element and their commentary on the recent turbulent period of Roman history also made them very popular in their own time. 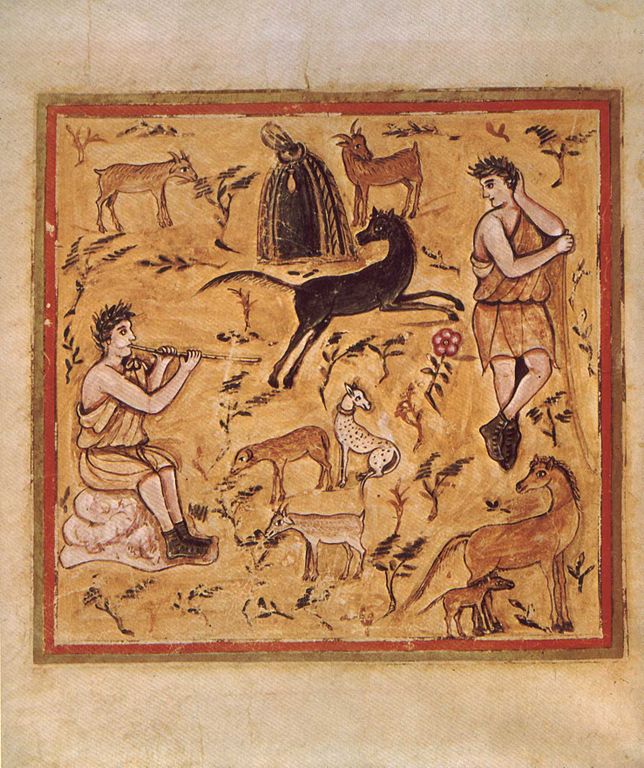 “The Bucolics” were nominally written in imitation of the “Bucolica” by the Greek poet Theocritus, written almost two hundred years earlier, the title of which can be translated as “On the Care of Cattle”, so named for the poetry’s rustic subjects. The ten pieces which make up Vergil‘s book, however, are each called “eclogues” (an eclogue is literally a “draft” or “selection” or “reckoning”), rather than the “idylls” of Theocritus, and Vergil’s “Bucolics” introduce much more political clamour than Theocritus’ simple country vignettes. They add a strong element of Italian realism to the original Greek model, with real or disguised places and people and contemporary events blended with an idealized Arcadia.

Although the poems are populated by and large with herdsmen and their imagined conversations and songs in a largely rural settings, “The Bucolics” also represent a dramatic and mythic interpretation of some of the revolutionary changes that had occurred at Rome during the time of the Second Triumvirate of Lepidus, Anthony and Octavian, the turbulent period between roughly 44 and 38 BCE, during which Vergil wrote the poems. The rural characters are shown suffering or embracing revolutionary change, or experiencing happy or unhappy love. Interestingly, they are the only poems in Vergil‘s work which refer to slaves as leading characters. 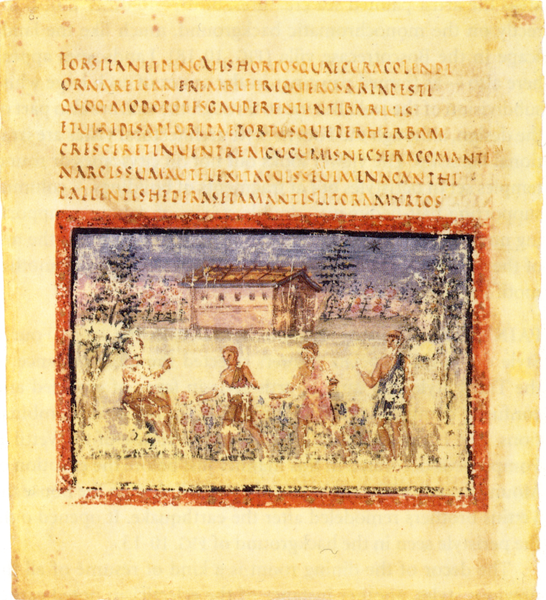 The poems are written in strict dactylic hexameter verse, most of them in the form of conversations between characters with names such as “Tityrus” (supposedly representing Vergil himself), “Meliboeus”, “Menalcas” and “Mopsus”. They were apparently performed with great success on the Roman stage, and their mix of visionary politics and eroticism made Vergil an immediate celebrity, legendary in his own lifetime.

The fourth eclogue, sub-titled “Pollio”, is perhaps the best known of all. It was written in honour of Octavius (soon to become the Emperor Augustus), and it created and augmented a new political mythology, reaching out to imagine a golden age ushered in by the birth of a boy heralded as a “great increase of Jove”, which some later readers (including the Roman Emperor Constantine I) treated as a kind of Messianic prophecy, similar to the prophetic themes of Isaiah or the Sybilline Oracles. It was largely this eclogue that garnered for Vergil the reputation of a saint (or even a sorcerer) in the Middle Ages, and it was one reason why Dante chose Vergil as his guide through the underworld of his “Divine Comedy”.