“Satire III” (“Satura III”) is a verse satire by the Roman satirical poet Juvenal, written around 110 CEor after. The poem is a monologue by a friend of Juvenal called Umbricius who is leaving Rome for a better life in the country, and who lists all the many ways in which Rome has become an unbearable place to live. It is perhaps the single most famous of Juvenal‘s sixteen Satires. 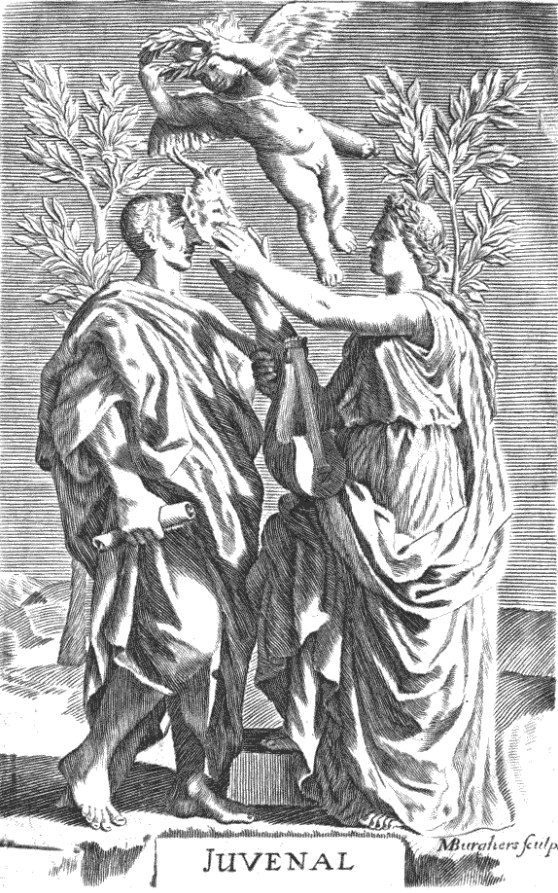 In the prologue, the poet addresses his audience in the first person, explaining that his friend Umbricius, whom he is meeting for the last time on the edge of the city of Rome, is about to depart from Rome for a better life in the country, a decision of which Juvenal thoroughly approves. The poet then joins the audience as Umbricius, a loyal Roman citizen who can no longer endure his homeland, speaks his mind in an extended monologue.

As he sets off for Cumae, Umbricius relates the reasons he has been driven from Rome: that there is no longer any room for honest men, only liars and paupers; that the only way to earn the patronage of great men is to learn their guilty secrets; that Greeks and Syrians (who are willing to lie and cheat and do whatever it takes) are starting to oust the native Romans from their jobs; that only rich men are believed on their oaths; that the poor are ejected from their places in the theatre; that he can never hope to marry an heiress or to receive a legacy; that costs are too high in Rome and the style of living too pretentious; that there is a constant danger from fires or falling houses; that the noisy crowded streets make sleep impossible; that the poor are hustled on the streets, while the rich are borne safely through the streets in litters; and that there is a constant danger from items thrown from windows, as well as from rowdies, burglars and bandits.

Umbricius begs Juvenal to visit him in Cumae whenever he is visiting his native Aquinum, and promises to support him in any attempts at political reform Juvenal might take up.