“Vivamus, mea Lesbia, atque amemus” (“Let us live, my Lesbia, and let us love”) is a passionate love poem by the Roman lyric poet Catullus, often referred to as “Catullus 5” or “Carmina V” for its position in the generally accepted catalogue of Catullus’ works. It dates from around 65 BCE and is perhaps the best known of all the poet’s output, and is sometimes considered among the greatest love poems ever written. The poem encourages lovers to ignore the comments of others, and to live only for each other, since life is all too brief and death brings on a night of perpetual sleep. 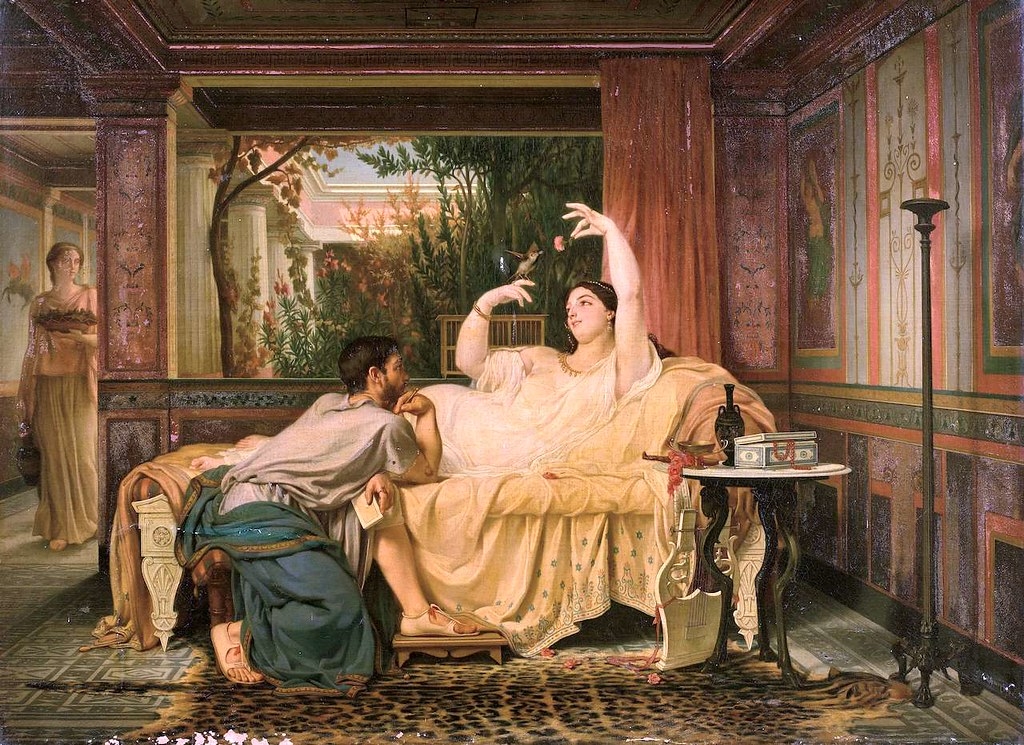 The poem begins by calling on the poet’s love, Lesbia, to scorn the rumours and insinuations of others, counselling that they should live their short lives to the full before the eternal night of death arrives. He then asks Lesbia to bestow on him innumerable kisses, so many that they lose count and the wicked and the jealous will not be able to call them to account for them.

The poem is is one of Catullus‘ first writings about Lesbia, clearly written at a very passionate stage of the affair. “Lesbia”, the subject of many of Catullus’ poems, seems to have been an alias for Clodia, the wife of the eminent Roman statesman, Clodius. The reference to rumours in the second and third lines probably refers to gossip going around the Roman Senate that Catullus was having an affair with Clodia, and Catullus urges Clodia to disregard what people are saying about them, so she can spend more time with him. 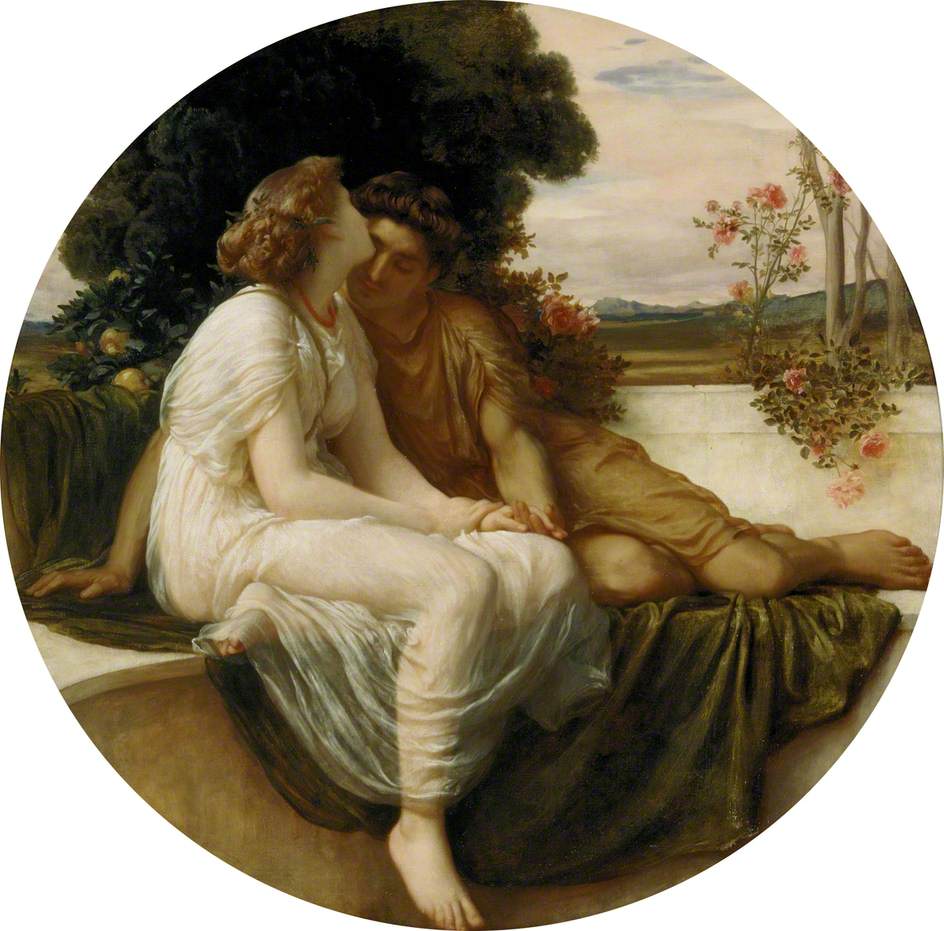 It is written in hendecasyllabic metre (each line has eleven syllables), a common form in Catullus‘ poetry. It abounds in liquid consonants and there is much elision of vowels, so that, read aloud, the poem is truly beautiful.

It can be seen as comprising two parts: the first six lines (down to “nox est perpetua una dormienda”) being a kind of breathless seduction, and the following seven lines representing the resulting love-making, rising to an orgasmic climax with the exploding ‘b’s of ‘conturbabimus illa’ and then coasting to a quiescent close in the final two lines.

Interestingly, his mention of the “brief light” of life and the “perpetual night” of death in line 6 suggests a rather pessimistic view of life and a belief in no afterlife, a belief which would have been at odds with most Romans of the time. His mention of the “evil eye” in line 12 is linked to the (commonly held) belief in witchcraft, particularly the idea that, if the evil one knew of certain numbers relevant to the victim (in this case the number of kisses) any spell against them would be much more effective.

As one of Catullus‘ most celebrated poems, translated and imitated many times over the centuries, its influence can be traced forward to the poetry of the medieval troubadours as well as to many later authors of the Romantic school of the 19th Century. There have been many derivations from it (the English poets Marlowe, Campion, Jonson, Raleigh and Crashaw, to name just a few, wrote imitations of it), some more subtle than others.